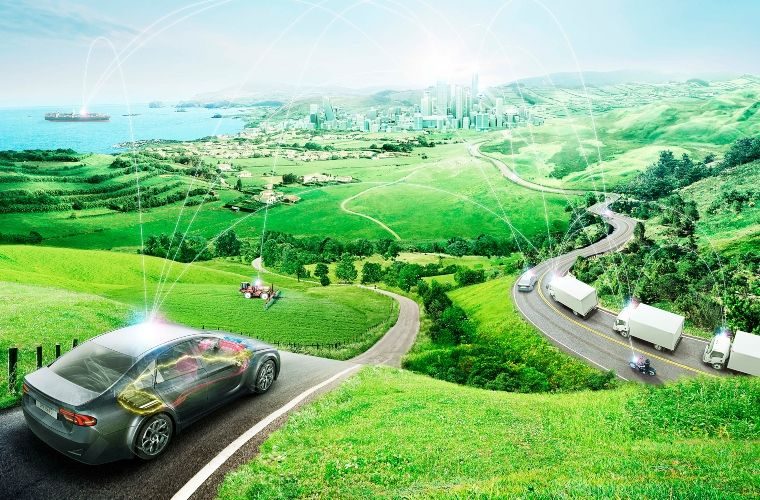 The increasing popularity of hybrid and electric vehicles has required parts manufacturers to evolve existing technologies and develop entirely new ones in order to offer the most innovative, efficient and reliable parts for these engine types.

As such, DENSO has made revolutionary progress with rotating electric machines, as well as compressors and sensors.

Within hours of the UK government announcing its intention to ban new petrol and diesel car sales by 2035, online searches for electric cars surged by 162 per cent above average levels, according to Auto Trader.

That renewed consumer interest comes as sales and electric hybrid vehicles continue to climb in the UK.

Electric vehicle sales rose sharply in February, according to SMMT figures, increasing from 731 in 2019 to 2,508 this year.

That number translates to 3.2 per cent of the new car market.

Hybrid sales also climbed, despite the government’s choice to also blacklist the vehicles in 2035, with almost one-in-five cars sold being either fully electric or hybrid running on technology that includes both an engine and battery.

As more initiatives are put in place to increase use of sustainable mobility solutions, the need for automotive manufacturers to be forward-thinking has never been greater.

DENSO is dedicated to technological development and has been at the forefront of innovations since the electrification of vehicles began.

An ever more varied catalogue of part numbers and a host of DENSO world first technologies are testament to the company’s progressive approach.

Since introducing an e-compressor with integrated inverter for hybrid cars in 2005, there have been several DENSO breakthroughs which have contributed to the rapid increase of electrified parts.

As well as pioneering the increased handover from traditionally-fuelled engines to hybrid, DENSO is also responsible for the continued improvement and evolution of parts for hybridised powertrains.

As a replacement for conventional starters and alternators, DENSO has crafted a motor-generator (MG) stator for use in hybrid vehicles.

The MG component performs several functions, including starting and assisting the engine, generating electric power and driving the axles.

Several significant developments have already been made with this range of specialised products.

Drawing on the experience used to create the segment conductor (SC) alternator, DENSO developed a completely new MG stator for the Prius that is smaller and lighter by more than 20 per cent compared to the previous generation, which helps the vehicle achieve a fuel economy of 40km/L.

DENSO was responsible for the world’s first mass-produced electric compressor with an integrated inverter and motor.

Whilst conventional compressors are driven by the engine, making them unsuitable for use in hybrid vehicles, DENSO’s e-compressor is driven by an internal motor.

This not only makes it applicable to hybrid engines, but it also improves fuel efficiency as well.

In the case of a hybrid power train it is possible to run air conditioning functions, both when the engine is idling and switched off, thanks to the power provided by the internal motor of the e-compressor.

This represents a significant advantage over traditionally fuelled vehicles, as it maintains a comfortable cabin environment whilst saving on fuel wastage.

In hybrid vehicles, the petrol engine part of the powertrain is monitored by standard engine management system (EMS) sensors.

However, there is also the addition of several other sensors specific to high voltage (HV) electrified components. Development of these types of sensors are a direct result of the electrification trend and the rise of alternatively fuelled vehicles.

Electric/hybrid specific sensors include a battery current sensor, a rotational angle sensor for optimal MG control and a system main relay (SMR) for the safety and protection of hybrid system’s main power supply – the HV battery.

It is clear that the technological advancements made by DENSO have helped to shape the current face of hybrid vehicles.

As the move toward electrification continues, DENSO’s pioneering parts will evolve into new spheres of technology and sustainability.

For further information about DENSO, select ‘more details’ below.