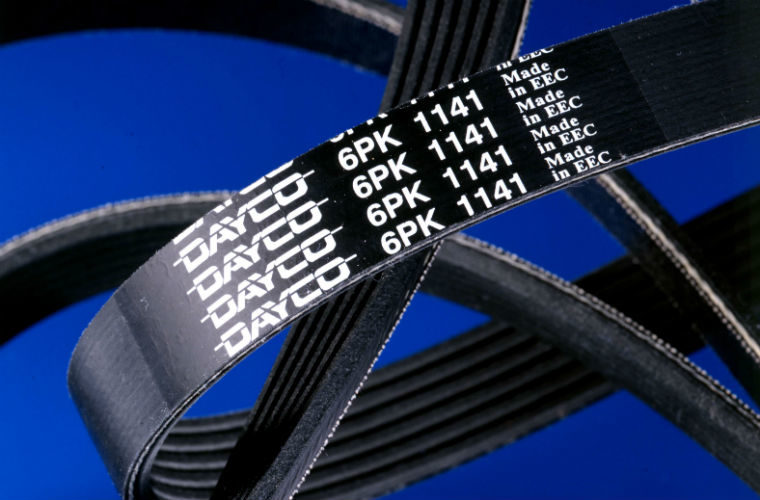 It is somewhat remarkable that in such a mature sector there remain certain products that are still under developed in terms of their service potential, the auxiliary drive system being one of them.

This maybe because historically they have not been specified for replacement in the typical manufacturers service schedule or not normally thought of as a safety critical component.

However, particularly in today’s accessory-loaded vehicles, failure of the auxiliary belt can, in fact, have very serious consequences.

On a typical, non-motorway, journey the auxiliary belt will regularly run at a surface speed of 25mph – and considerably faster when travelling at speed – so should the belt fail, the whiplash effect can cause substantial damage to the auxiliary components, as well as collateral damage to other parts of the engine.

So, as well as the inconvenience of potentially being left stranded with, for example, power steering failure, the broken belt could wrap itself around the crankshaft pulley and stall the engine, making it unable to be restarted.

Complicated, multi-component drive systems are susceptible to issues such as pulley misalignment, which can cause premature belt wear due to material loss from the rib surface.

This wear changes the profile of the ribs and reduces the contact area on the pulleys, causing slippage and affecting the performance of the components the belt is designed to drive.

In addition, the belt can become noisy, adversely affecting the driving environment for the vehicle’s occupants.

Failure to replace worn components, such as a tensioner, will also cause problems and can result in belt slip and surface ‘glazing’, which will destroy the new belt.

It can also result in slippage on the alternator pulley, which can trigger the ‘check engine’ warning light on the dashboard.

In addition, a pulley or idler with a worn bearing can cause misalignment and wear to the sidewall of the belt, as well as producing unwanted belt noise.

To avoid these problems, workshops looking to best serve their customers and also maximise the potential of their business, need to ensure their technicians check the condition of the auxiliary belt every time a vehicle enters the premises.

However, wear to a typical EPDM formulated belt is very gradual, which makes it difficult to detect, so technicians should use the vehicle’s mileage as their first point of reference.

If the vehicle has covered 60,000 miles or more, the belt should be thoroughly inspected and if it shows any sign of damage or wear, should automatically be replaced.

To help technicians correctly assess the condition of the belt, Dayco has designed the aWEARness gauge, which provides them with three ways to check whether the belt needs to be replaced or is okay to be reinstalled.

The two most relevant to an EPDM belt are the wear indicator bar, which highlights material loss and the profile indicator, revealing whether the belt retains its correct form. Both reflect the level of wear and if the belt fails either check, it must be replaced.

For more information about power transmission products in the Dayco range, email [email protected] or select ‘more details’ below.