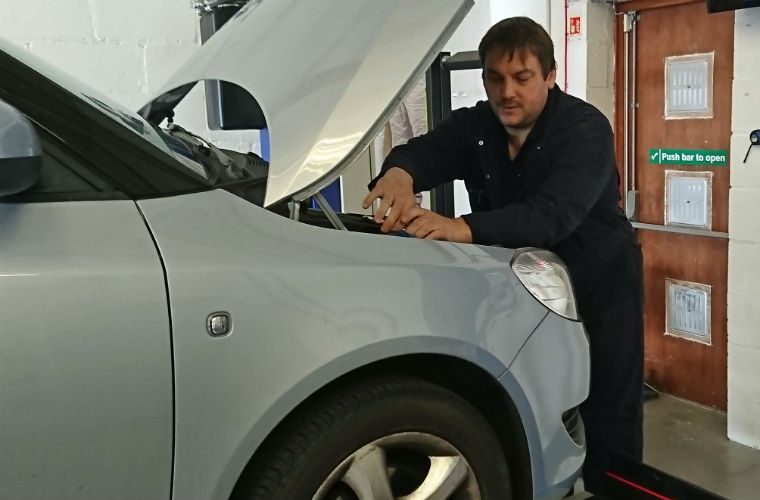 The value of communication is never more important than when a customer brings in their pride and joy to your garage with a fault, GW Columnist and garage owner Paul Robbie reports.

We can have all the diagnostic tools that money can buy, all the latest training and a waiting room fit for a king but if there is a failing in communication then all of the aforementioned goes to waste.

Two examples spring to my mind.

A few years ago when working at a Vauxhall dealership we had instruction to replace a headlamp and check out a water leak on an Omega – a very nice car back in the day.

Headlamp replacement went well and the pressure tester was fitted to the radiator and pumped up to see if the reported leak could be found.

“No evidence of a leak”

An hour or so later with no drop in pressure and no evidence of a leak the car was valeted and parked up ready for the customer to collect with “no leak found” on the job sheet.

A couple of hours later the very same Omega was driven up to the garage door with the customer looking rather agitated.

He got out the car, came over asking who the “blind individual” was who had looked over his car.

I stepped forward to be ushered around to the boot where he proceeded to lift the boot lid and point to a good four inches of water ingress in the spare wheel well.

The second example was a Suzuki Jimny, a car that was equipped with a near bullet proof engine capable of seeing years of service without missing a beat.

However, the vehicle in question was juddering and misfiring.

On receiving the keys from the customer, the main point I took from the conversation with the customer was that the fault had gone “since the rain had stopped”.

Now that one sentence was enough to get me thinking old-school and it ultimately led to a speedy and correct diagnosis.

I parked the car inside the garage, switched the lights off and sprayed water over the high tension leads.

What I saw can only be described as Blackpool illuminations and there wasn’t a diagnostic tool in sight.

It just goes to show that communication with both colleagues and customers is a key part of our job.