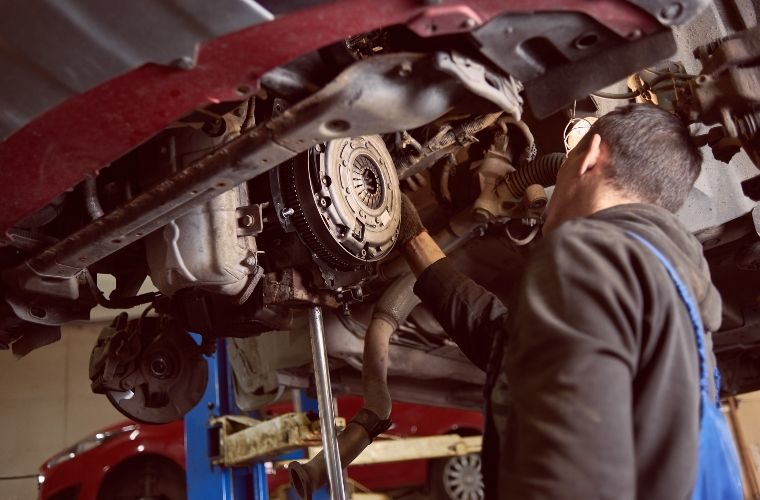 There used to be an old saying and I can here my mum saying it now; “sticks and stones will break your bones, but names will never hurt you”.

Well she was obviously right, mum was always right, but with the rise of social media channels and so-called influencers, the damage words can cause to a business can be huge.

No one should underestimate the power of social media and I have first hand experience of this with the boot firmly on the other foot.

Going back a couple of years, we had a stream of water flowing out of a small manhole cover on the pavement opposite the garage.

After weeks of telephone calls to different companies and local authorities with absolutely no action, I decided to put a picture and a brief comment on twitter.

Within days the leak had been identified and fixed – all hail the keyboard warrior.

Social media influencers – an individual who has established credibility within a specific industry – are a fairly new phenomenon.

They tend to have access to a large audience and can supposedly persuade others by virtue of their authenticity and reach.

I was interested to read a couple of articles recently in Garage Wire about customer complaints and how they were reacted to.

In one, a social media influencer decided to try and discredit Zaustworx, an exhaust specialist.

Now I don’t know either party but reading through the story it would appear that the influencer tried to threaten the business only for it to severely back fire.

Although loud straight-through exhausts are not my thing, Zaustworx appear to be a good honest business that’s proud of the work it does.

The owner, Gary Faulkner decided not to take it on the chin, but instead pulled himself of the ropes and countered with a good old-fashioned haymaker.

His customers got right behind him and it actually gave him some good advertising.

In another complaint, we heard about a BMW owner Tom Davidson taking issue with North Oxford BMW.

His brake fluid was changed but he experienced excessive brake pedal travel.

After returning the vehicle to complain, he claims he was told that the workshop had a problem with their brake fluid changing system.

A road test should have identified this problem, if things are as he claimed.

In fact, I somewhat sympathise with the customer but because he really hadn’t suffered loss, I can’t really see his justification for compensation.

Every garage has the occasional come-back but it’s how it’s dealt that matters because it’s our reaction that will be judged by the rest of the world.

Over the years we’ve had the odd keyboard assault with a few bad reviews out of many brilliant ones.

We look at and respond to all reviews and I think, in pretty much every bad one we’ve had, they’ve come despite us doing our job as well as possible.

It’s your reputation that will insulate you from occasional problems, both perceived and genuine problems

Be proud of what you do and always ask your customers to leave a review.

Home Page › Forums › Opinion: Every review counts because a good reputation will protect against naysayers