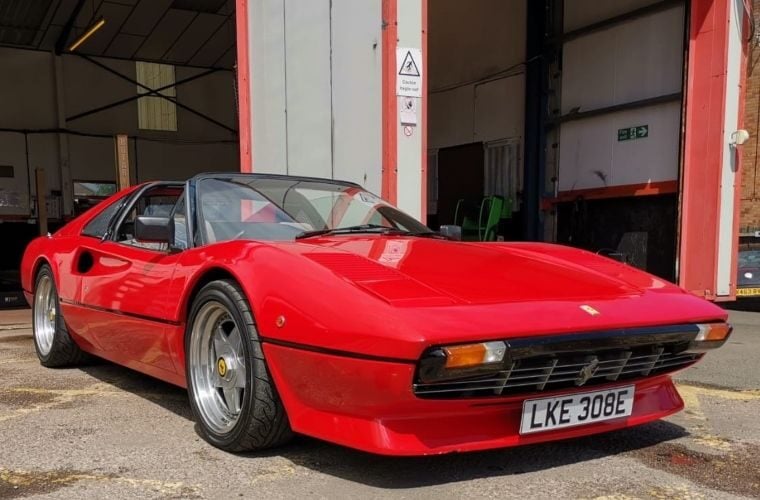 At Jackson & Phillips we’ve always tried to ensure we’ve got the skills and equipment needed to deal with any vehicle that comes through our gates.

Hybrid and electric vehicle repairs and servicing were once considered a rarity but that’s fast changing.

We now have two technicians in our workshop capable of working on them, many of which are sent our way by leasing companies.

For years we have carried out MOTs and repairs on a Ferrari 308 GTS, which until recently was powered by a V8 engine.

It’s now thought to be the world’s first Tesla-powered Ferrari.

Our customer has owned it for 28 years but, with the V8 in poor shape, he was faced with an expensive engine strip-down and rebuild.

The owner, Peter, who just so happens to be an electrical engineer who already owned a Tesla, contacted Electric Classic Cars and made the decision to have his 1982 Ferrari 308 GTS converted to house a large Tesla drive unit, batteries and chargers.

The conversion was carried-out carefully and almost all the original interior features have been retained.

The iconic ‘H’ gate transmission selector trim, for example, now houses micro switches which are activated via the selector for reverse and drive.

Expert engineering means the Tesla drivetrain fits perfectly into the rear of the car where the V8 was once housed.

The new motor sits much lower than the combustion engine did, which together with suspension and brake upgrades and a wider rear track, means the handling has been improved greatly.

A full charge provides a range of around 180 miles – that’s just 20 miles less than a full tank of petrol.

That said, it’s clearly not as quick and easy to fill/charge as it previously was.

But a near perfect 50:50 weight distribution makes it a pleasure to drive and Peter now has room for a set of golf clubs in a beautifully crafted luggage compartment behind the drive unit in the rear.

Peter used the car on track both before and after the conversion, so he’ll know more than anyone about the gains that have been had and he’s very satisfied with the results.

I have to admit though, when it turned up for its first visit after the conversion, it was a little odd with the absence of that beautiful V8 soundtrack.

Peter assures me that the driving experience isn’t hampered one bit by the lack of engine roar.

He told me he missed the noise for all of five minutes.

That said, Peter now has the reliability of a new car and greatly reduced running and maintenance costs.

Love it or hate it, this certainly seems to be the way forward and you can’t deny the amazing level of engineering that has gone into this build.

Opinion: Act now or your garage will miss out on EV opportunities

Home Page › Forums › Opinion: Not all cars are obviously electric