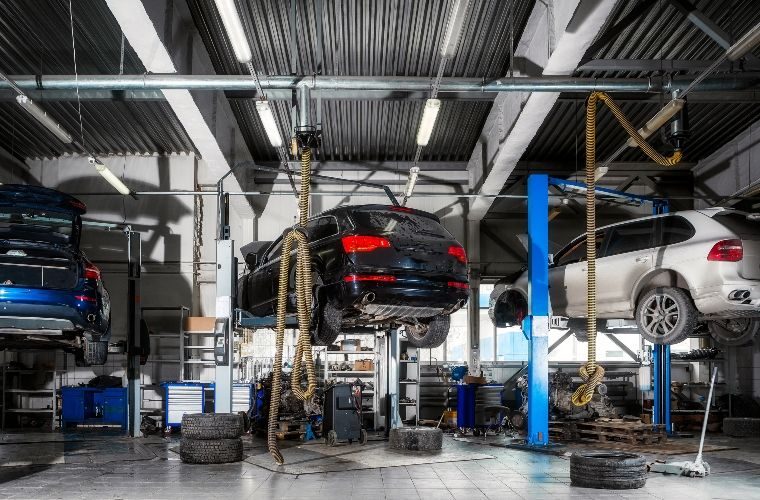 An independent garage was recently fined after an employee fell into an inspection pit two years ago and suffered life-changing injuries.

Obviously I was shocked to hear this and was deeply saddened for the employee and his family.

I consider myself fortunate to run a busy independent workshop.

I love what I do, but I also know how demanding this trade can be and, although I don’t condone what happened, I can see how a simple oversight could have caused this disastrous incident.

Even without knowing the details of this incident, it did make me sit back and assess my own practices in my business and look at how my approach to health and safety has changed over the years.

I will be brutally honest here and say that when we first opened, my husband and I were not only on a shoestring budget, but we were also a bit green around the gills.

We had a lot of learning to do and health and safety was an area where we needed to learn fast.

We were fortunate that initially it was just ourselves working in our workshop, but we knew we needed to
make improvements ASAP in order to ensure our safety and the safety of any future employees.

The pressures of budget and time restrictions did make us cut corners, I won’t deny it.

Things like extension cords trailing all over the floor were a particular issue and an accident waiting to
happen.

As time went on, we made changes to the working environment to ensure that our workspace was as safe as could be.

The most beneficial thing that I did was to employ the services of an external risk assessor.

Although I did my own risk assessments, an impartial assessor picked up on things that I had been blind to due to familiarity.

They were silly little things, but just like the case I mentioned earlier, all it takes is one silly oversight to cause a big issue.

This is now something I do annually as well as reviewing and updating the assessments myself in between external assessors visiting.

The cost is minimal vs the alternative, should something go wrong and it is great for peace of mind.

Training and networking are a must for us.

Obviously learning from training courses is beneficial and needs no explanation, but networking is as beneficial as you make it.

I’m fortunate to be a Servicesure Autocentre member, which has introduced us to many like minded garages who are by and large happy to chat about their own experiences and what has or hasn’t worked for them.

Being a Chamber of Commerce member also means that I have similar networking opportunities, but across a broader spectrum of industries.

It’s reassuring to know that we aren’t the only ones who are guilty of being human.

Despite our best efforts, I would be lying if I said we have never had an accident or near miss.

Fortunately these are very rare and in each case we review our risk assessments, policies and procedures to ensure we have done all that we can to avoid such an occurrence.

One accident that always sticks in my mind is when an ex technician brought his own angle grinder in from
home that did not have a guard fitted.

The lack of guard was the purpose of bringing his own one in as he was aware that he was not allowed to remove them of ours.

Related: Garages urged to be wary amid fresh wave of ‘card not present’ tyre scams

The flap disc he was using to prepare a pickup bed for welding snagged and frayed, causing the disc to flay the skin on the back of his hand open as he was also not wearing protective gauntlets.

Once the initial shock of the accident had subsided, he’d been checked and it was confirmed he was going to be ok, the reality of having to investigate the incident hit home.

Where to start? Fortunately, anything HR related is provided by our solicitor who I contacted for advice.

After chatting to him, he put my mind at ease and stated that my monthly fee covers us for him to carry
out the investigation and any associated reporting on our behalf.

This was a huge relief because in all honesty at that point in time although my gills weren’t completely, green they did still have a green tinge and I wasn’t exactly sure where to start.

The process was smooth with his help and fortunately the staff member was in agreement that this could have been avoided or at the very worst his injuries reduced had he followed our workplace procedures.

As staff are contractually obliged to wear PPE provided and to not remove safety guards on
equipment (ours or theirs) we weren’t found to be at fault.

After reporting the incident the the necessary bodies, we retrained all staff on our safe working practices as we felt a refresher for everyone could only be beneficial.

Everyone was on board and the staff member was much more careful afterwards and even used his experience to educate less experienced or new members of the team.

I wouldn’t say everything worked out for the best, because frankly we all could’ve done without it.

But I will say I count myself lucky that we had the best possible outcome from a bad situation.

So after much time, effort and stress I feel that my gills have lost all of their green colouring.

However, in order to keep them that way I know that I will have to keep up with what I do and continue to evaluate our safe working practices, so as to avoid an incident similar to the one I mentioned in my opening paragraph.