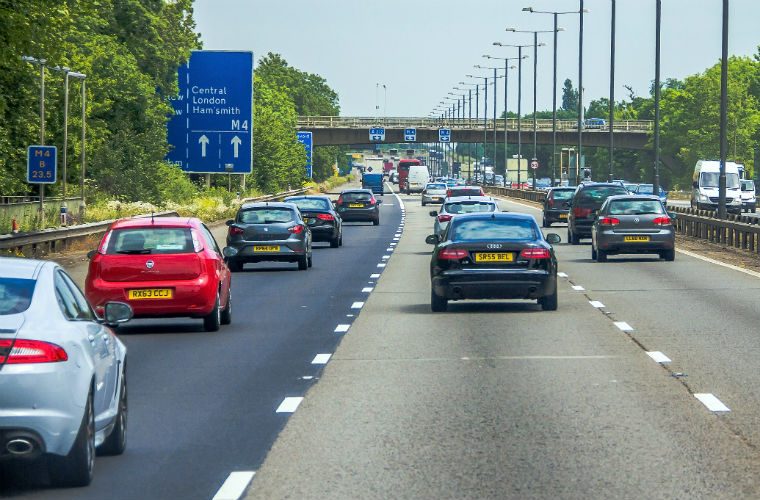 The AA has expressed concerns over the safety of removing hard shoulders from motorways. Image: Bigstock.

The AA has expressed safety concerns about a plan to remove the hard shoulder from hundreds of miles of motorway over the next six years.

The speed limit past roadworks will also be increased from 50mph to 60mph as part of the introduction of “digital roads”.

The system, in which the hard shoulder will be taken away from 400 miles of motorway, will be safer because emergency laybys allowed vehicles to pull off the motorway, separating them from fast-moving traffic, according to Highways England.

Its chief executive, Jim O’Sullivan, told the Times: “With the volume, speed and size of modern cars, the refuge areas are safer than the hard shoulder.

“You will not get a car or truck drifting into the emergency refuge area whereas they can and do drift into the hard shoulder.

“We are now well into smart motorway operation and the statistics we have are reliable.

“They are telling us that the safety record on smart motorways is arguably better than what we see on conventional motorways.”

One in 10 deaths on motorways occur on the hard shoulder, according to Highways England, and usually happen when vehicles hit stationary ones from behind.

However, motoring groups have raised safety fears. “We support road improvements to remove pinch points and improve motorway capacity but not if it compromises road safety,” said Edmund King, the AA president, which has been campaigning for laybys or emergency refuge areas (ERAs) on smart motorways.

Difficult to get up to speed

“We are happy to embrace technology but more physical emergency laybys would reassure drivers and make our roads safer.”

The AA expressed concerns about smart motorways last month after the death of a motorist on a section of the M1 without a hard shoulder.

Smart motorways are part of a plan by Highways England to reduce congestion.

Journey reliability improved by 22 per cent and the number of personal injury accidents were reduced by more than half, according to Highways England.

Are smart motorways a benefit to road safety? Do you agree with the removal of hard shoulders? Let us know in the comments.