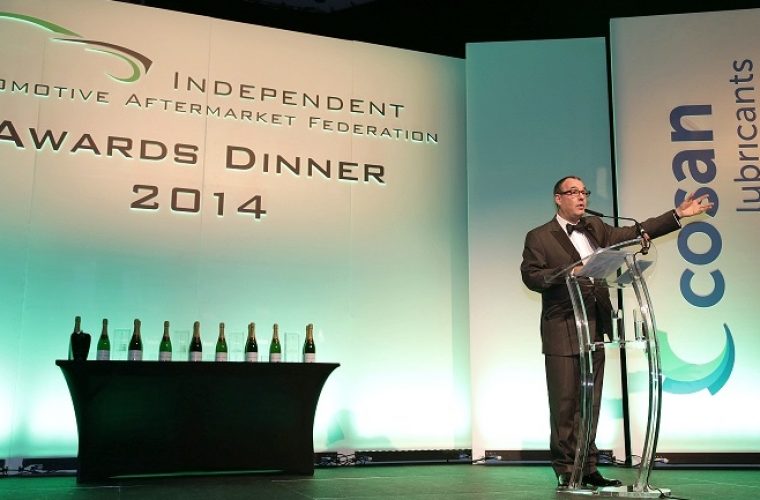 Nigel Rothband, BEN Chief Operating Officer, highlighted the good work BEN does, the majority of which is for those that have worked in the automotive aftermarket. The IAAF audience responded with donations in a variety of ways.

The traditional envelope donation, which saw one lucky envelope drawn out of the box to win an iPad Air, was supported with a raffle offering up to £500 in John Lewis vouchers, kindly donated by the Parts Alliance. BEN also received cheques from OESAA for £1,500 and IFA buying group for £3,000.

The IAAF has also made an additional donation from proceeds of specific items in the silent auction, which was held at the event for the second year in succession.

Wendy Williamson, IAAF chief executive, said: “The IAAF is so proud of its membership for its continual and unwavering support for the automotive industry charity BEN and their generosity at the recent IAAF Annual Conference and Awards Dinner.”