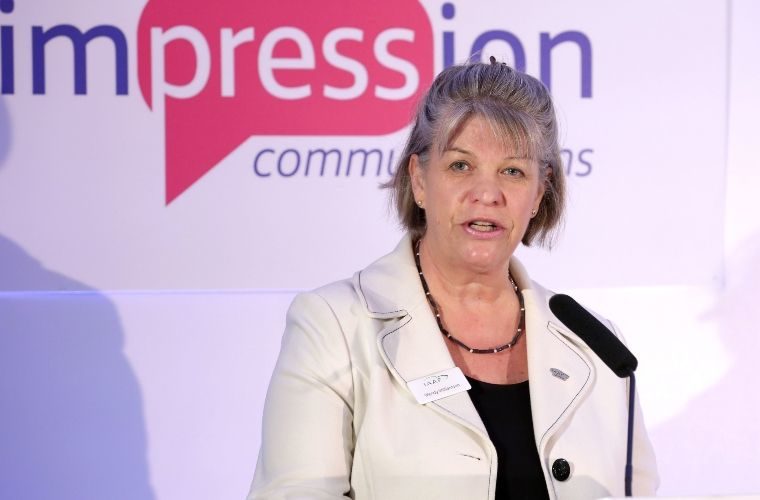 IAAF Chief Executive, Wendy Williamson, has announced she is to retire in August.

Heading up the federation for more than seven years, Williamson has successfully led the IAAF through a number of changes, ensuring it remains at the forefront of the industry and as an umbrella for which companies can unite under.

During her tenure as Chief Executive, she has lobbied against extending the MOT frequency and new scrappage scheme proposals and ensured the automotive aftermarket’s voice is heard on all matters relating to its prosperity including type approval, block exemption and cyber security, both in the UK and throughout Europe.

Williamson has worked in the automotive aftermarket for over 30 years, having spent the bulk of her career in a variety of roles at The Unipart Group including a number of years heading up TTC (Truck & Trailer Components).

She went on to lead the aftermarket section for the Society of Motor Manufacturers and Traders (SMMT), before joining IAAF in 2014.

The IAAF has also grown its membership over the past seven years and introduced a range of new products and services specifically suited to its evolving network.

Overseeing the IAAF team and working with the IAAF board, council and actively participating in FIGIEFA activities, Williamson has been both a reassuring and often inspirational presence to the trade, speaking at many automotive events in which she has championed the industry and its right to fair access and competition.

She has also revamped the IAAF conference leading to record numbers attending and establishing this and the dinner as the must-attend event for industry insight and networking.

In the past year, she has led the IAAF’s activity during the coronavirus pandemic, supporting aftermarket businesses whenever possible and fulfilling the trade association’s responsibility as a highly informed and insightful source of accurate information to assist businesses on a daily basis.

Williamson said: “I am so proud of what the IAAF has achieved in the past seven years and this is due to the collective effort of members and the Federation, working together and striving towards the same goals.

“The Federation has continued to lead the market and support businesses through all environments and I truly believe the industry is more united than ever before as it looks forward to a challenging but exciting future.

“I would obviously like to thank everyone, the IAAF team of Mike, Ann and Tina, the board, IAAF council and wider membership for all their support.”

IAAF president, Richard Welland, added: “Wendy has been instrumental in the modernisation of the IAAF so that it remains relevant to our fast-paced industry.

“She has widened the IAAF’s appeal and reach, while at the same time consolidating its position as the voice of the aftermarket.

“She will be very much missed, but we wish her all the best in her well-earned retirement.”