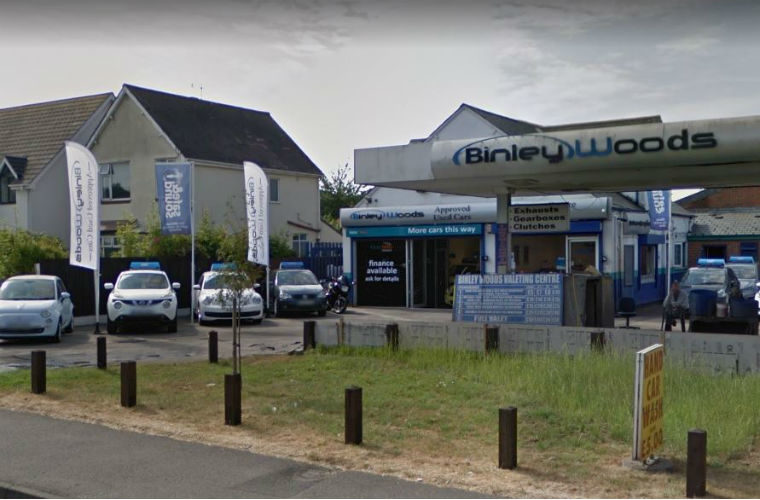 The family behind Binley Woods Service Centre has spoken out to tell “our side of the story” after being fined £1,500, ordered to pay prosecution costs of £9,500 and a £150 victim surcharge following a Trading Standards operation.

Warwickshire County Council Trading Standards carried out an under-cover operation at the Coventry-based independent in 2018 and was found guilty of an offence contrary to regulation 9 of the Consumer Protection from Unfair Trading Regulations 2008 at Coventry Magistrates Court in November of this year.

Charnjit Sekhon, manager at Binley Woods, told GW that the issue was largely down to a discrepancy between a ‘full service’ and ‘major service’.

“We changed the oil, filter, provided a comprehensive vehicle check and bill £132 for a full service.

“That’s why we didn’t replace the fuel filter and sparks plugs.

“But how could we prove it?

“The court required due diligence proof.

“The only thing that saved us was an advertisement on our website, which showed that we charge £190 for a major service.”

Charnjit first became aware of the undercover operation three days later when he was interviewed by Trading Standards about the recent service and, after seeking advice from the Independent Garage Association (IGA), immediately made changes to the business.

He said: “We’ve changed the telephone system to record incoming and out-going calls, so we have some reference to check any future discrepancies.

“Our workflow process, from initial booking through to when the vehicle leaves the site is now recorded.

“Over the last few months we’ve had a complete new system – it’s the only thing that will save our bacon in the law of court, which asks what processes we have in place to avoid issues.”

“An opportunity to improve”

Speaking to GW, head of member services at the IGA, Frank Harvey said: “It’s the easiest thing in the world to point fingers but when somebody needs help, that’s when we have to prove our worth.

“It can’t have been a comfortable situation but rather than shy away from it they took it as an opportunity to improve their business which really shows their worth.

“We visited the garage, understood what had gone wrong and helped them to put new processes into place.”

Since the case was made public, Charnjit admits that the investigation has impacted business but explained that he’s trying to managing the situation.

He said: “We hold our hands up, mistakes were made but since 2018 we have invested substantial sums in training and quality control processes

“After it came out in the press we had two cancellations.

“Now we’re trying to manage it and calling any other cancellations to explain the situation and what improvements we’ve made.”

Charnjit urges other independent garage owners to “up their game in quality control” and said that “we’re used to Trading Standards making scapegoats out of Halfords and Quick Fit but we never expect anything like this to happen to us”.

He added: “Everything was verbal in our business

“We had nothing in place to record what happened and to demonstrate that the employee was properly trained.

“We were asked what the process was from the initiation of a job to completion.

“Verbally, they weren’t interested, they wanted to see something scripted and we now admit that our quality-control was very lapse.

“We’ve learnt from this sting.”

It added: “We direct our limited resources using a range of information, including consumer complaint data.”

Has your business been in a similar situation? Share your comments and experiences below.