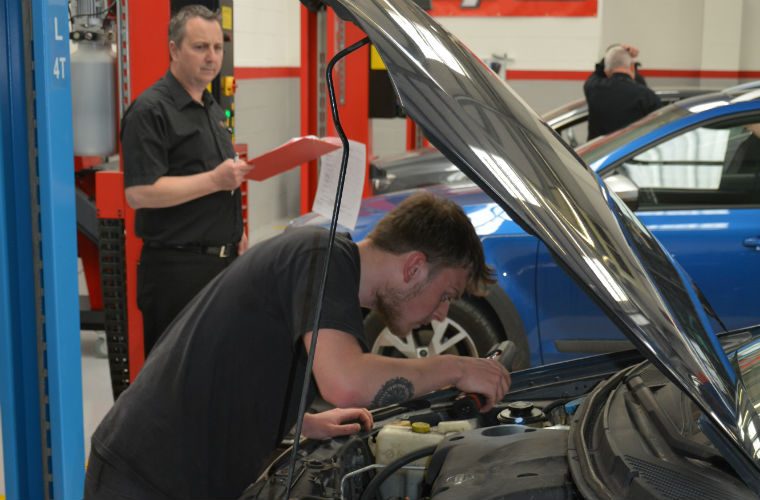 MOT training at the RMI Academy of Automotive Skills.

The Independent Garage Association (IGA) maintains their stance that the current 3-1-1 MOT structure is right for the safety of UK motorists, following an increase in cars failing the new MOT test since their introduction just over a year ago.

New statistics released by the DVSA following a freedom of information request, show a 37 per cent increase in the number of cars failing their MOT in the past year.

The new MOT test results show that 30,488,960 MOT tests were taken nationwide, 33 per cent of these were fails.

Of these, nine per cent of vehicles yielded dangerous results and 44 per cent yielded major results.

The highest pass rate came from Greater London (71 per cent), which was followed by the East of England (69 per cent), the West Midlands (68 per cent) and the North West (68 per cent).

Frank Harvey, head of member services at the IGA, said, “Whilst modern cars are more reliable than they have ever been, they are also covering more miles and therefore require more frequent servicing and maintenance.

“These new statistics show that a vehicle’s first MOT test remaining at 3 years was the right decision, however an MOT is not a guarantee that a vehicle is roadworthy.

“Motorists should always ensure that their cars are regularly serviced and properly maintained to avoid hidden, dangerous faults.”

The IGA successfully lobbied to maintain the existing 3-1-1 system in 2018, after the government proposed changing the period before a car’s first MOT test to four years, which could have increased the number of deaths and injuries on the road by up to an estimated 2,000 per year.