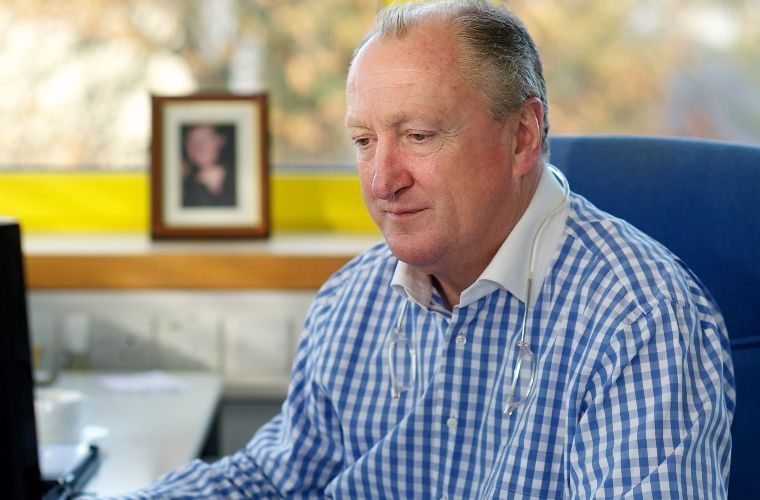 Following his decision to step aside as managing director of Schaeffler, one could be forgiven for assuming that Nigel Morgan was ready to sail off into the sunset; however, as Original Equipment Suppliers Aftermarket Association (OESAA) chairman, he is as dedicated as ever and committed to supporting workshops by championing the benefits of original equipment (OE).

Back in 2013, concerned about misleading claims of ‘OE matching quality’ products in the aftermarket, Nigel sought to put any rivalries with other OE manufacturers (OEMs) to one side and collaborate to confront the issue.

At the time, he said: “A number of OEMs agreed that they needed to unite.

“The job was too big for one company to take on; resources, personnel and knowledge were needed to contest misconceptions in an industry that had standards to uphold.

“There were well-documented concerns and critiques of the idea, many of whom claimed this new alliance was attacking the right of the workshop to choose which parts to fit; however, the reality was that it was protecting the workshop, by highlighting the fact that the industry was becoming saturated with suppliers claiming to be selling OE or matching OE parts when they weren’t.

“The group wanted to highlight the benefits of OE, pointing out that OEMs work hand-in-hand with vehicle manufacturers (VMs) when designing, manufacturing and testing components, so they will possess unique knowledge that can be passed on to workshops should they seek advice.”

Part of its initial strategy was to pitch itself in front of technicians at trade events, such as Autoinform Live and MECHANEX, to generate an awareness in the industry.

OESAA members also produced a series of posters that workshops could utilise, to help convey the important message of fitting OE parts to customers’ vehicles.

Over the years, as the influence and size of buying groups has grown, price difference between OE and non-OE has shrunk, according to Nigel, which means affordability should not be a contentious issue; however, Nigel believes there are still some workshops that require assistance and believes OESAA can play a pivotal part, highlighting digitalisation as one of the areas that workshops should focus on.

In a bid to understand the attitudes and needs of the workshop better, OESAA has expanded its network and enlisted the help of several workshop owners.

The OESAA Garage Forum is designed to analyse and debate ideas and trends in the marketplace, as well as share thoughts on how the organisation can support and futureproof workshops.

Nigel explained: “One of the forum members claimed that her workshop required appropriate equipment to sanitise keys, to ensure that handover between workshop and customer was COVID-secure and both were more comfortable, so OESAA agreed to launch the ‘We’ve got you covered’ initiative, which featured refillable spray guns and an anti-microbial key tray.

“OESAA distributed 4,000 packs to workshops, by recruiting leading UK distributors to help deliver them, which was a phenomenal success.

“In addition, OESAA has begun a series of joint technical workouts and presentations, utilising the facilities of the forum members, to diagnose and replace parts with OE components.

“Step-by-step guides will be produced, available to view either in the automotive press or online, which will prove invaluable.”

As the organisation welcomes a trio of new OEMs in the form of Brembo, Motul and Fil Filter, with a high probability of welcoming even more before the end of the year, Nigel is confident that OESAA has a bright future, with each member having an important role to play.

As for workshops, Nigel believes it is only a matter time before they have to focus on a specific product category, to cater for the ever-changing aftermarket.

He said: “I am convinced that workshops will have to become specialised because of the proliferation of brands, vehicle technology continuing to evolve and the increasing complexity of vehicle repairs.

“As a result, I think it’s vital that workshops liaise with OE brands to help achieve that.”