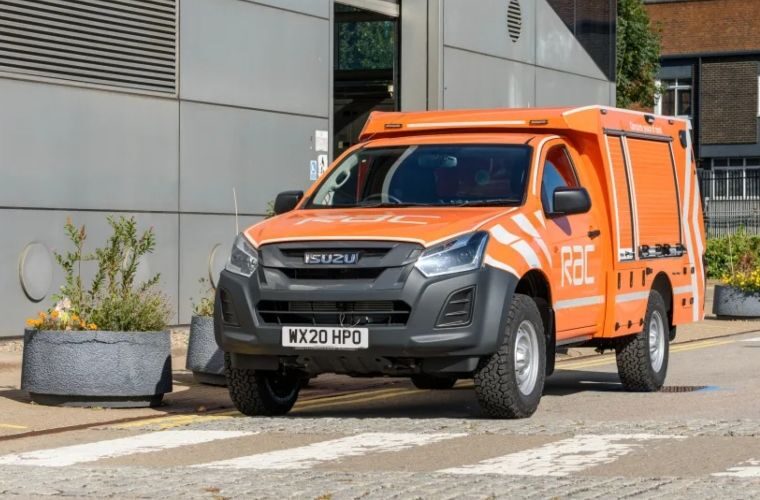 The RAC has begun the roll-out of a brand-new version of its heavy duty patrol van designed specifically to cope with the increasing number of larger, heavier vehicles that need assistance in harder-to-reach locations.

It features a lowered rear body enabling the widest possible range of vehicles – including SUVs, 4x4s, small vans, hybrids and full electric vehicles – to be attended and recovered from more difficult-to-access locations.

All are fitted with the RAC’s ‘all-wheels-up’ recovery capability.

RAC head of technical innovation James Gibson said: “As more and more larger vehicles, particularly SUVs, appear on our roads, we’ve been investing in upgrading our breakdown fleet to ensure our customers continue to receive the highest standards of roadside assistance from the RAC, wherever they are.

“This update to the successful customisation of the Isuzu D-Max which we first put into service last year means our patrols can now get to vehicles that are in harder-to-reach spots such as under-cover supermarket or airport car parks like those at Heathrow much more easily.

“Working with our partners at Strongs, the new model has a completely redesigned rear body but carries all the same market-leading breakdown assistance technology that our patrols use to such great effect – including our leading ‘all-wheels-up’ system for recovering cars that can’t be fixed.”

By the end of 2020, the RAC’s fleet will feature more than 100 customised Isuzu D-Max patrol vans, double the number compared to the end of last year.

All RAC patrols covering the UK’s biggest airport, London Heathrow, now have heavy duty patrol vans and the roll-out will see more appearing in locations including Birmingham and Manchester.