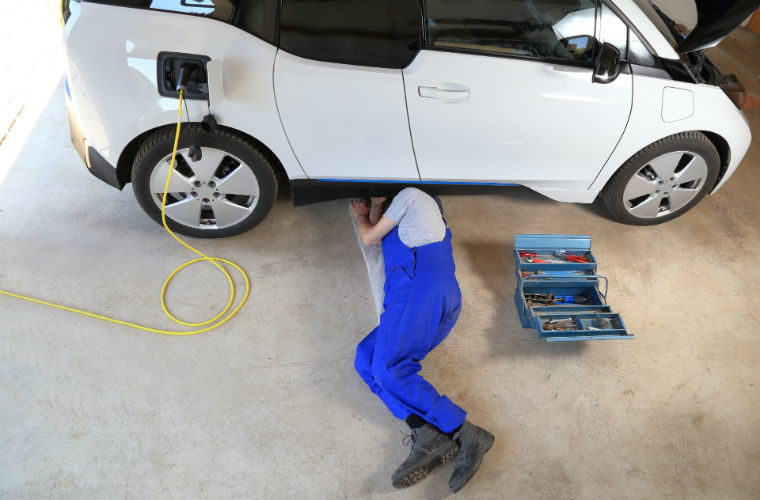 With an increasing number of people turning to zero emission car ownership in the UK, The Motor Ombudsman, the automotive dispute resolution provider, has announced the introduction of a new search facility and dedicated symbol on its Garage Finder to make it easier and quicker for drivers to find and identify a local accredited business that is able to service and repair electric vehicles (EVs).

The latest upgrade to the popular online tool comes in response to the findings of The Motor Ombudsman’s recently commissioned YouGov survey of 1,903 UK driving licence holders.

The study found that, if they were to own an electric vehicle, 84 per cent of people would not know of a local independent garage or car dealership where they could take it for its annual service.

Those living in Northern Ireland, and individuals over the age of 45, would be the least familiar as to where to go, with 94 per cent and 85 per cent of people stating respectively that this would be the case.

Conversely, male drivers (one in five), and those aged between 18 to 24 years (17 per cent), were the most conversant as to which local businesses could accommodate this type of car.

In addition, when it came to understanding how an annual service for a battery-powered vehicle differs to the yearly review for a car powered by an engine, only around one in ten survey participants (12 per cent)
indicated that they would be able to distinguish between the two.

Out of all regions in the UK, licence holders residing in London (16 per cent) and Wales (15 per cent), were the most able to recognise that servicing for
zero emission cars had fundamental differences to that for a car running on petrol or diesel fuel.

Of the 1,903 adults with a driving licence who took part in the study, two thirds were able to correctly identify that brakes and tyres (67 per cent and 66 per cent of individuals respectively) would be checked during an
annual service for an EV.

Furthermore, over 60 per cent of those polled rightly indicated that the condition of the suspension (61 per cent) and windscreen wipers (63 per cent) would also be looked at.

In contrast, 40 per cent incorrectly said that the air filter would need to be examined during the routine maintenance of a battery-powered car.

Similarly, just under a third of those surveyed stated that they thought there would be an oil change (30 per cent), whilst the car’s timing belt (29 per cent), emissions (26 per cent) and spark plugs (26 per cent) would equally be inspected when on the ramp, checks that actually wouldn’t happen during an EV service.

Bill Fennell, chief ombudsman and managing director at The Motor Ombudsman, said: “Sales of electric vehicles are fast gathering pace, and they all need to be serviced and maintained in accordance with
recommended manufacturer guidelines.

“Our research showed that there was an inherent need to make it
quicker and easier for repairers to make motorists aware that they can service electric vehicles, and for owners to be able to easily find a business where they can take their car in.

“The new facility on our Registered Number 06517394, England ‘The Motor Ombudsman’ and the ‘Motor Industry Codes of Practice’ logo are trademarks of The Motor Ombudsman Limited Garage Finder responds to both of these requirements, and therefore we expect it to be an extremely popular addition.”

For further information about The Motor Onbudsman and to access its Garage Finder, select ‘more details’ below.