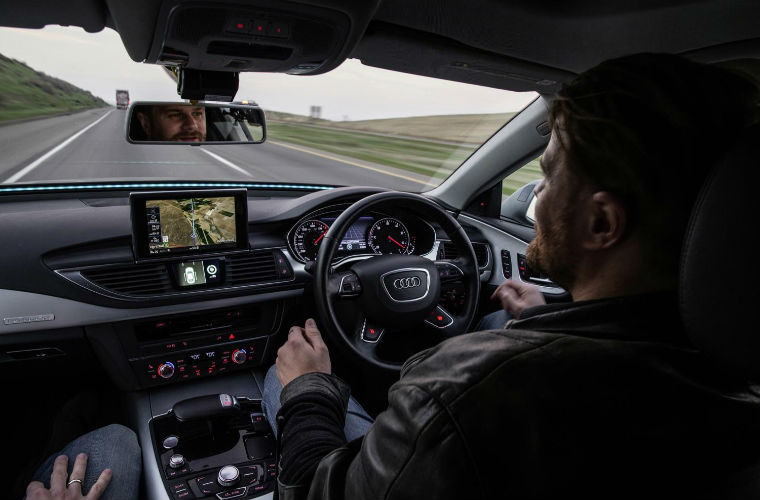 Driverless cars may come to a standstill and cause gridlock in cities when confronted with leaves, seagulls or the “wrong sort of snow”, the Law Commission has warned.

In a report outlining a potential regulatory and licensing system for self-driving cars, the Commission said one of the big fears of software developers is “frozen robot syndrome” where the vehicle cannot work out what to do when faced with a new hazard.

The Commission said: “The most obvious problems will be overcome during testing.

“However, at least in the early stages, vehicles may well have a tendency to stop when faced with unusual events, such as unexpected weather or inconsistent sensor information.

“This could have a disruptive effect on traffic flow.”

The report cites a scenario where all the driverless vehicles in a city break down on the same day “after a flurry of ‘the wrong sort of snow’, causing widespread traffic disruption”.

The commission says regulations and protocols would ensure operators removed the vehicles quickly and learned the lessons to avoid a repeat.

Driverless cars could have major benefits by reducing the number and use of privately-owned cars, cutting congestion and pollution, and by providing safer, more affordable transport.

However the Commission also warns of downsides that regulation needs to address such as an initial increase in vehicles on the road before private ownership declines.

This could increase congestion as empty driverless vehicles slowly “cruise” the streets in search of passengers rather than having to pay the extra expense of parking.

The commission plans for a new national regulatory scheme and licensing system aims to avoid a driverless car free-for-all.

It proposes equality laws should be applied to automated vehicles, with operators facing potential loss of their licences for discrimination, and recommends that the needs of the growing number of elderly in the UK should be designed into systems and licences from the start.

George Freeman, transport minister, said: “We are on the cusp of a quiet revolution in the technology of transport and mobility.

“Automated navigation and digital control technology have the potential to transform the way traffic is managed, improving road safety, reducing congestion and pollution and improving accessibility for people with mobility issues.

“We intend to lead the work in setting the right regulatory standards.

“That’s why we are conducting a major Regulatory Review on the Future of Mobility and recently launched a new project to create the world’s first safety scheme for self-driving vehicles, CAV PASS, and have commissioned the Law Commission to look into the legal and regulatory requirements for this technology.”