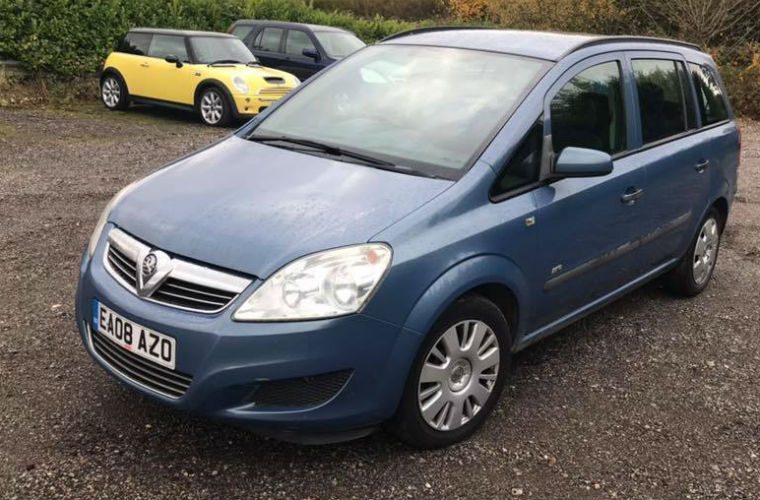 Mark Lilly Garages in East Sussex has been left stunned as eBay bids for their 2008 Vauxhall Zafira exceeded £350 despite warnings about the vehicle’s condition.

The listing, which ends today at 1.55pm, was posted with a £1 starting bid and a very honest description encouraging people “not to buy” the vehicle.

Mark Lilly Garages took the Zafira in a £300 part exchange but realised it had a string of issues including including oil leaks, an engine misfire, dented bodywork and a radio that only plays BBC Radio 2.

The eBay advert read: “I normally start my listings with welcome, on this occasion i’m not going to, not because i am not being polite but merely due to the fact that when you collect this car chances are politeness won’t cut it.

“Relieve us of this burden”

“In fact, I urge you not to buy it, I wouldn’t, but sadly I have and its now my job to try and persuade you what a good car it is so you part with your hard-earned dosh to relieve us of this burden we have in the back of our yard, which is not only making our forecourt look untidy but also the weeds and trees around where it is currently abandoned.”

The car has covered 142,000 miles and has failed its MOT every year for the past six years despite only being ten years old.

Sales executive, Dan Hack said: “We haven’t looked at it as spending any more money than the £300 we have spent taking it in would be a crime, a waste of money and a sin on our part.

“I thought I was going to lose money on it so thought I’d better do something funny with the advert, to hopefully get more people to see it and have had lots of messages from people saying how funny it is.

The auction ends on November 16 at 1.55pm and the buyer has been asked to arrange collection or delivery.