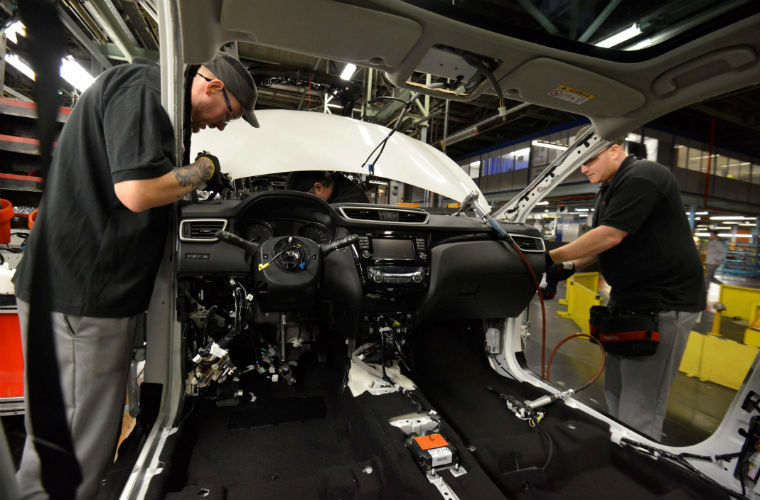 Worldwide car production is expected to dip by around 2.6 per cent to 89 million vehicles this year, marking the third consecutive year of decline.

Global car production could have reached its peak, according to the head of automotive parts supply giant Bosch.

The claim was made by Volkmar Denner as the German firm announced a review of its business, noting the rise of alternative powertrains and new technology as opportunity for further growth.

Bosch’s earning before interest and taxes fell year-on-year from £4.6 billion to an estimated £2.5bn.

Nearly half of Bosch’s revenue comes from its mobility division, which supplies hardware and software to a number of major car makers.

The firm was hit by the downturn in worldwide car production, which is expected to dip by around 2.6 per cent to 89 million vehicles this year, marking the third consecutive year of decline.

“It could well be that we have passed the peak of automotive production,” said Denner.

He added that Bosch forecasts production to carry on declining, with no increases likely before 2025 at the earliest.

However, the “fundamental upheaval in the automotive industry”, including the rise of alternative powertrains, connected cars, mobility services and autonomous vehicles, will provide “great opportunities” for the firm in the future.

Bosch is investing £2.5bn in growth areas, including £423m in electric powertrains (including hydrogen fuel cells), £508m in autonomous systems and £85m in connectivity.

Bosch hopes to launch a hydrogen powertrain in 2022.

Most car makers are currently focused on electric technology because it’s the only way to meet tough CO2 targets introduced by regulators, but Denner called for policy makers to make future incentives “technology-neutral”.

Denner said that should include promoting development of carbon-neutral synthetic fuels, adding: “Legacy vehicles already on the road will also have to play their part in cutting CO2 emissions.”