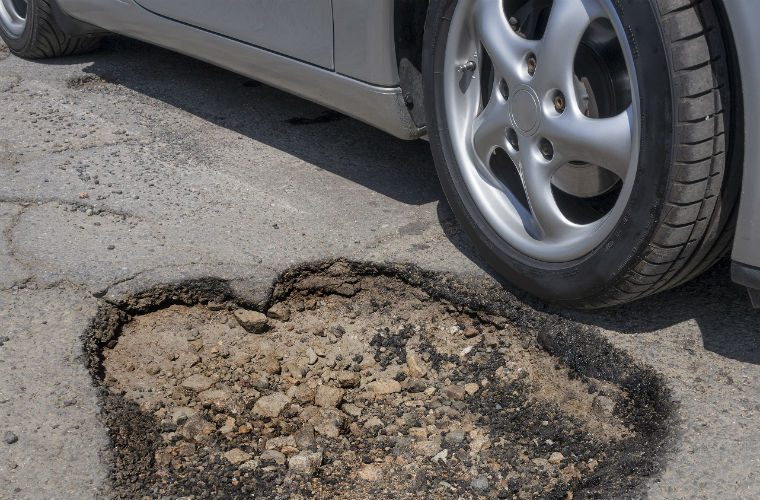 RAC patrols rescued some 3,426 motorists whose vehicles may have fallen victim to the UK’s pothole-ridden roads in the first three months of 2020, more than during the same period last year.

The start of the coronavirus lockdown – which came into force on 23rd March – however meant there were nine days when far fewer cars were on the country’s roads, so the actual number of pothole-related breakdowns may have been higher under normal conditions.

In the first quarter of 2020 breakdowns resulting from damaged shock absorbers, broken springs and distorted wheels that are most likely to be attributable to poor road surfaces made up 1.6 per cent of all the RAC’s call-outs for its individual members.

This was considerably up on Q4 2019 when the figure stood at 0.9 per cent and marginally up on the same period a year ago at 1.5 per cent.

The RAC’s Pothole Index, which is an accurate long-term indicator of the health of the UK’s roads, suggests the overall standard of the roads has improved a little as the Index currently stands at 1.6, down from 2.3 in the same period last year and slightly down on Q4 2019 (1.7).

This does mean however that drivers are still 1.6 times more likely to break down as a result of pothole-related damage than they were back in 2006 when the RAC first started collecting data.

While winter was relatively mild overall, the UK suffered catastrophic flooding in some areas between November 2019 and February 2020, which is bound to have taken its toll on overall road surface quality.

RAC head of roads policy Nicholas Lyes said: “The jump in pothole-related breakdowns from the last three months of the year to the first quarter of the next year is always the largest as winter weather has the greatest effect of all in wearing down our roads.

“Many parts of the country suffered very wet weather conditions throughout February, though the winter overall was generally mild.

“While the wet conditions mercifully gave way to much drier weather as we headed into March, it’s still likely that the storms and floods were major factors in why the number of pothole-related breakdowns was higher than the same period last year.

“While millions of cars are mostly confined to streets and driveways during the coronavirus lockdown, people are more reliant than ever on their vehicles to buy food and important household items.

“The last thing any driver needs on the way to do their essential weekly shop is to suffer a nasty pothole-related breakdown that puts their car out of action, especially with fewer garages open than usual.

“This means the quality of local roads is, ironically, is as important as ever.”