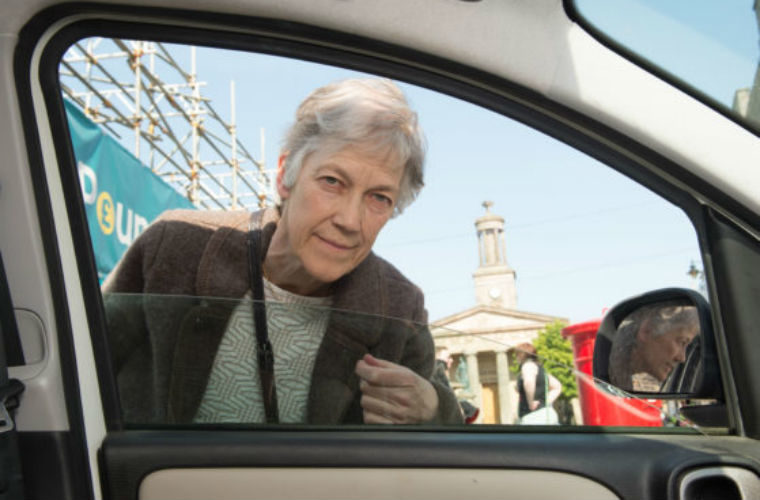 A former teacher has taken to tapping on car windows in an effort to get motorists to switch off their idling engines.

During one trip to London, Sheila Cochrane approached nine bus drivers parked in an enclosed section at Heathrow airport due to fears she could “taste” the pollution.

Mrs Cochrane said: “The response I get depends mainly on whether it is a man or a woman.

“Some people are just downright rude and swear.

“Some bus drivers say they are concerned they might not be able to start the engine again.

“I never noticed the sheer amount of it that was going on, people just sitting there with the engine running, until I stopped working and started walking about more.

“If it wasn’t invisible then people would feel a whole lot different about it.”

It is estimated that an idling car engine can fill up 150 balloons a minute with fumes.

Leaving a vehicle running unnecessarily for more than 30 seconds was made illegal in 2003 and is punishable with a £20 fine – but the legislation does allow for vehicles in slow traffic, under test or defrosting in cold weather.

The Department for Transport (DfT) is reported to be considering instant fines for drivers who leave their engines idling.

A DfT spokesperson said: “We are determined to reduce the damaging environmental impacts of drivers who keep their engines running while stationary, especially those in school zones.

“This is why we are making guidance for local authorities clearer, so that they know how and when to target drivers falling foul of the law.

“We will also be polling local authorities to understand how any potential review of these powers may look in future.”