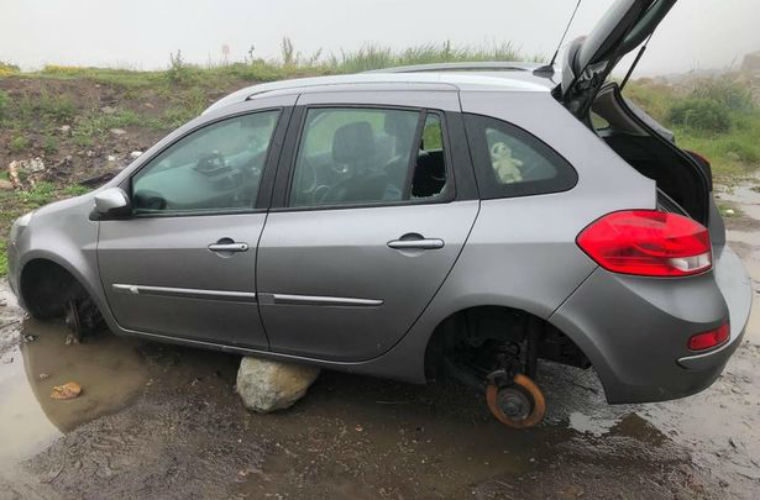 The owner of a Renault Clio was left shocked when he returned to his car just two hours after parking it in Skinningrove, North Yorkshire to find it stripped of parts.

It is thought whoever targeted the car used fog as cover to steal the parts.

The car was found resting on a boulder with a smashed rear quarter window and the sills were damaged beyond repair.

Cleveland Police have been informed and the car was removed by a recovery vehicle later in the day.

The owner, who did not want to be named, said: “It’s an area near the beach; I walk my dog there daily and didn’t think anything of it.

“I don’t think I would be as upset if it was in a city but it’s in a community where everybody is struggling to survive.”