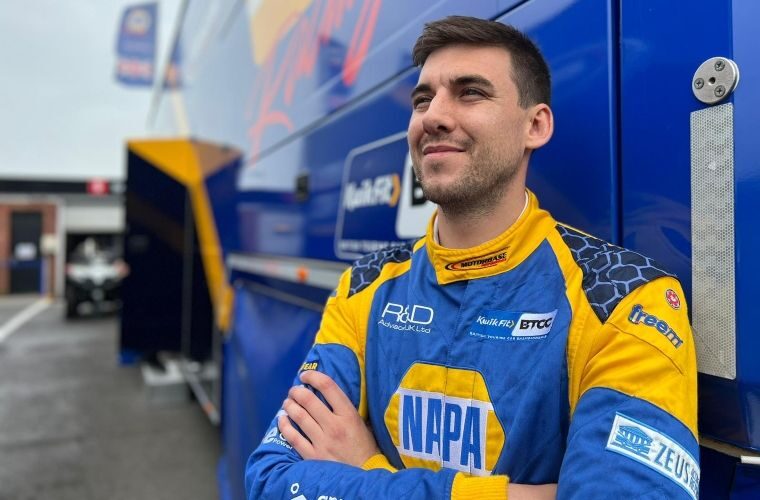 Renowned as the biggest and best celebration of all things motorsport and automotive, with north of 200,000 spectators visiting the West Sussex festival each and every year, Goodwood FOS is an event like no other.

Attending this year’s festival in the grounds of Goodwood House on the first two days, Thursday, 23rd June, and Friday, 24th June, Cammish – one of four drivers from the BTCC to be part of the 2022 event – will be the only representative from the championship to take to the Hillclimb course.

Driving a fully-fledged, NAPA Racing UK Ford Focus ST touring car – prepared and engineered, of course, by Motorbase Performance – Cammish will take to Goodwood Hill on both Thursday and Friday.

Additionally, he will take part in all of Kwik Fit’s official activities including special Q&A sessions, autograph sessions and interviews.

After completing his duties at Goodwood, Cammish will make the 300-mile journey north to Croft Circuit near Darlington for the fifth race meeting of the Kwik Fit British Touring Car Championship season which takes place that weekend, 25th/26th June.

Meanwhile, NAPA Racing UK’s Ford Focus ST will remain at Goodwood over the weekend and will continue to be run up the hill in the capable hands of NAPA Racing UK’s Managing Director Lewis Selby, no mean competitor himself in the Mini Se7en Racing Club.

Oly Collins – Motorbase Performance Team Manager said: “What a fantastic opportunity for all of us involved to be representing the BTCC at Goodwood Festival of Speed.

“It truly is one of the best motorsport and general automotive events in the world, so to have been invited is an honour.

“I only wish we could all be there for the duration of the event, but we will be leaving the car in safe hands for the remainder of the weekend while we continue our BTCC championship challenge up at Croft.”

“The event is phenomenal, one of a kind in the motorsport and the automotive sector, and the spectator attendance is huge year-on-year.

Dan Cammish – NAPA Racing UK Driver said: “It’s going to be fantastic representing Kwik Fit, BTCC and NAPA Racing UK at the Goodwood Festival of Speed this year, I’m really looking forward to it over what will be an incredibly busy few days.

We have lots planned with Kwik Fit for the Thursday and Friday and it really should be an absolute blast, especially driving the NAPA Racing UK Ford Focus ST up the hill.

“To be the only current BTCC driver going up the hill this year truly is a privilege.

“Then it will be full racing mindset and the long journey up to Croft on Friday evening for the BTCC event.

“It really will be four very packed days, but I can’t wait.”