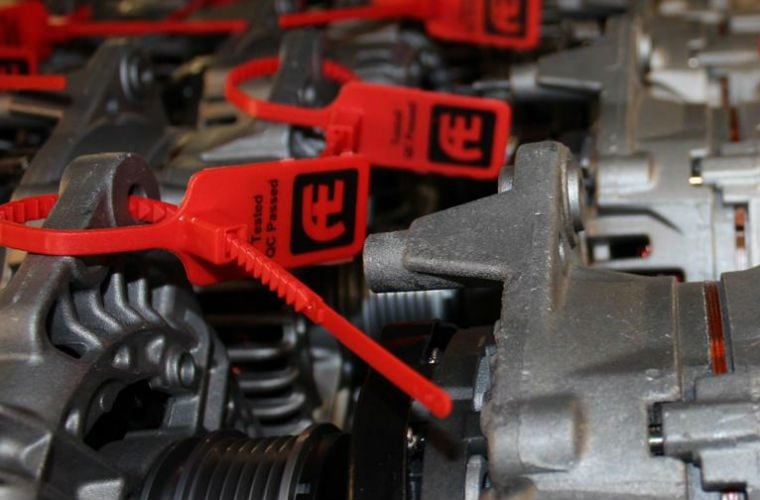 Smart charge alternators have been around for a number of years but the complexity of their design has evolved considerably, according to starter motor and alternator specialist Autoelectro.

Smart charge alternators can usually be identified from their regulator plug type (LIN, BSS and COM)

To check if a vehicle has a smart charge visit the Autoelectro website that contains information on the plug regulator and the pin functions for each vehicle application.

An Autoelectro spokesperson said: “In a non smart charge alternator, when the engine is running, the a constant voltage of between 13.8-14.4 volts is produced, depending on the battery charge level and engine speed.

“The higher the output the greater the mechanical load upon the engine, causing the vehicle to consume more fuel.

“Conversely after a cold crank start a smart charge alternator can work to maximum output capacity, and the ECU can instruct the alternator to send up to 18 volts to the battery.

“For this reason it is essential that the correct type of battery is fitted to the vehicle.

“The incorrect battery may not stand up to the charge rate of a smart charge system and could easy overheat causing failure of the battery and may also cause damage the alternator and other electrical systems within the vehicle.”

Smart charge alternators are controlled externally by the ECU with information being sent between the two via the communication cable as a signal.

The output of these alternators can vary dependent on the information sent to the ECU from the various sensors, the state of charge of the battery, demands from the vehicles electronic parts and accessories such as heated screens/seats, infotainment systems etc.

The benefit of the smart charge system is it can output a lower voltage over a longer period thus reducing the drag upon the engine, this reduced drag leads to improved fuel efficiency.

The spokesperson said: “During acceleration the ECU can effectively turn off the alternator, and this means the vehicle has more power as the alternator bears no load on the engine, and on overrun the alternator can be allowed to overcharge as this does not affect vehicle performance.

“A battery accepts charge more efficiently when it is cold, for this reason a smart charge alternator will charge at a higher rate to maximise the charge performance and bring the battery back to optimal operating level.

“Once this level is obtained the ECU will reduce the alternator output to supply the vehicles demands.”

According to Autoelectro, the majority of smart charge alternators do not actuate the battery charge light itself – this is controlled by the ECU.

“The battery charge light can illuminate for various reasons and the vehicle should always be checked for underlying faults before condemning the alternator.

“An example of this is on the three-pin regulator Ford type Alternators fitted to Fiesta, Focus, Kuga and other models, such as Autoelectro part number AEK2815.

“Common faults can exist on the vehicle wiring loom, which is around 40cm long.

“It has been found that corrosion within the wiring loom can occur and will interfere with the communication between the alternator and the ECU, using the battery charge light to illuminate and possibly low or no output form the alternator.”

When testing a smart charge alternator, the communication between the alternator and the ECU is in a wave pattern form that requires a suitable device to read such as an oscilloscope.

“The signal from the ECU to the alternator should be a square wave pattern that will change with load request.

“If there is no change in the pattern this signifies no request from the ECU, and further investigation is now required on the vehicle.”

All Autoelectro smart charge alternators are tested to OEM specification on the very latest OEM end of line test benches.

For further information about Autoelectro, select ‘more details’ below.