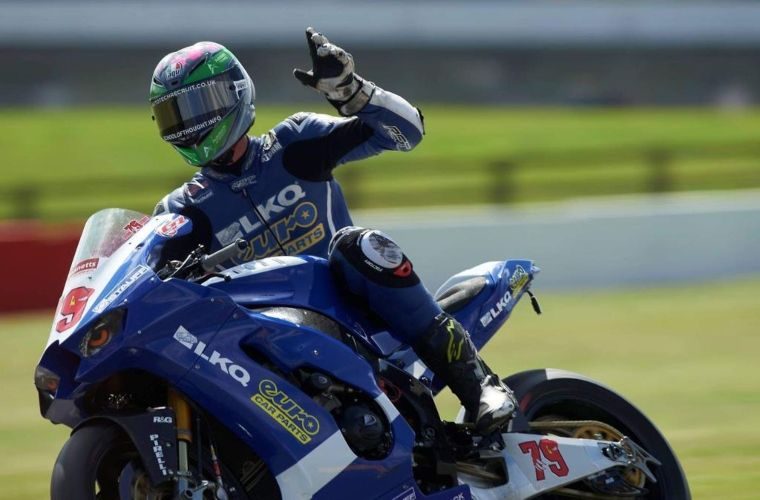 Flying the flag for young motor sport talent, Autotech Academy has announced the sponsorship of Storm Stacey ahead of the 2022 Bennetts British Superbike Championship and the GR Motosport’s National Superstock team.

Autotech Group sponsored 18-year-old Storm during the 2021 BSB season, following the launch of its Academy division which was created to help young students leaving college with an automotive qualification secure employment within the motor sector through an internship.

Through the success of this division, and the growing recognition of the Academy name amongst automotive students, this year the Autotech Academy logo will feature prominently on Storm’s helmet.

Rolling into his fourth season with Team LKQ Euro Car Parts Kawasaki, and his third in BSB, 18-year-old Storm’s success in Superbike racing is unprecedented. Clinching the title of youngest rider to score a point when he finished 15th at Silverstone during his historic maiden campaign in 2020, last year Storm claimed a career best finish of sixth place at Donington Park.

The Academy logo will feature on the bike of 24-year-old Joe Francis, who recently announced a return to the team having last worked together in 2013 when they celebrated title winning success in the British Motostar Championship.

Gavin White, CEO of Autotech Group said: “Through our sponsorship of Storm and the STAUFF Fluid Power Kawasaki team, we hope to raise the profile of the pace at a top-tier championship competition, providing younger generations with a glimpse of the many different automotive career paths which are open to them.”

“Storm is testament to this development program, and it has also been our pleasure to receive Autotech Academy candidates to experience life in the fast lane and what is needed to succeed.

“Welcoming Joe back to the Team with additional support from Autotech Academy is setting the scene for a great season ahead.”

Storm Stacey said: “I was so pleased last year when Autotech Group became my AGV Helmet partner, we worked well together and the helmet branding really stands out.

“For 2022 the guys decided that I would be an Autotech Academy Ambassador which I am proud to do.

“I am excited to be looking forward to a great BSB season and through my work with Autotech Academy I hope to show what is possible when you take and maximise the chances you are given in life.”