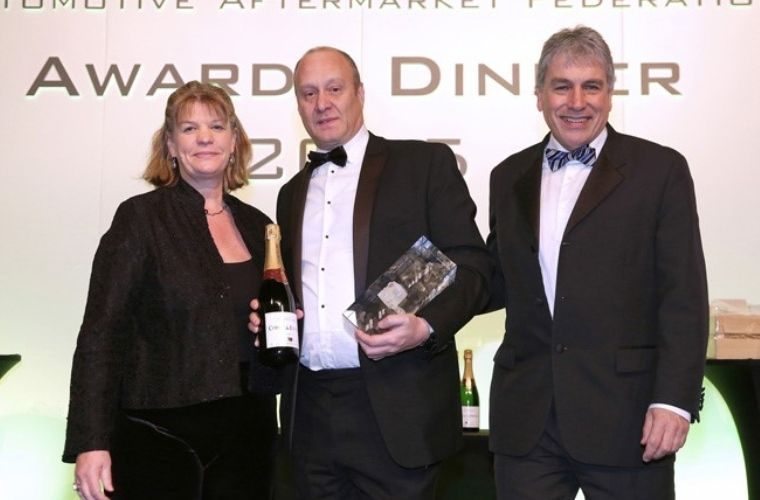 As a former recipient of the IAAF Supplier of Excellence Award, Banner Batteries’ Lee Quinney (centre) has now been elected to the council of IAAF having assumed a seat as a Component Supplier member.

Amongst the latest movers and shakers to be elected to the council of the Independent Automotive Aftermarket Federation (IAAF) for 2020-21, is Banner Batteries country manager, Lee Quinney, who has now assumed a seat as a Component Supplier member.

Appointed at the IAAF’s annual general meeting, and instigated by the council in response to a growth in supplier members, Quinney is being joined by Mark Darvill from Traxx Tyres, also elected to represent Component Suppliers, and Terry Dorney from Online Automotive who will represent distance sellers.

Also joining the council as an independent distributor member is David Clarke from Autosupplies Chesterfield and Tony Stock from Marathon Warehouse Distribution, who takes over from Dr Richard Stock.

Lee Quinney said: “It is an honour to be elected onto the council of the IAAF and I would like to send my sincere thanks to all of the members who voted for me.

“Banner Batteries has enjoyed a presence with the IAAF for many years, and this was due to the hard work and dedication of the larger than life presence of Alec.

“As a former chairman of the SMMT aftermarket committee, Alec was responsible for spearheading the high profile R2RC Campaign for the IAAF, and he also went on to see Banner win the IAAF Supplier of Excellence Award in 2016.

“Not surprisingly, it is a privilege to be following in his footsteps.”

Wendy Williamson, IAAF chief executive said: “I would like to welcome both new and existing members to IAAF Council for 2020-21.

“We have an exciting agenda planned for the year ahead and look forward to championing the rights of the independent automotive aftermarket, both within the automotive sector and externally.”

The IAAF Council is a voluntary group of aftermarket individuals made up of the Federation’s representatives, including distributors, suppliers, buying groups, service providers and garages, who come together regularly to debate industry issues and IAAF policy, ensuring the independent aftermarket can continue to thrive and develop.

For further information about Banner Batteries, select ‘more details’ below.