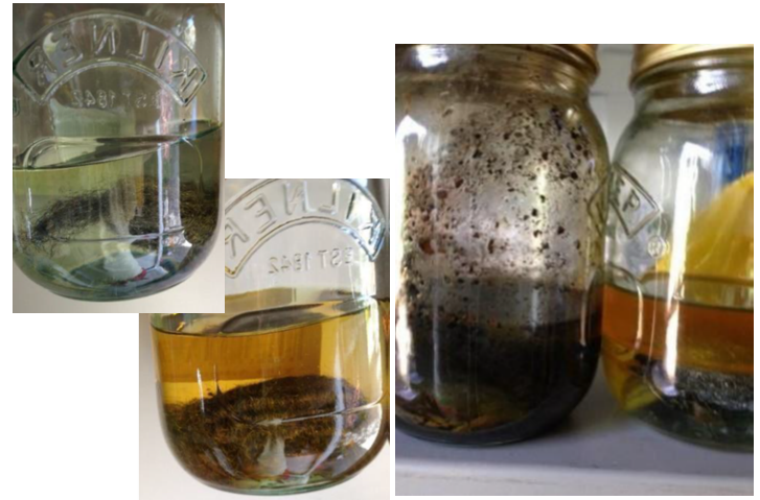 During an experiment, one jar was treated with BG213, while the was left untreated.

BG Products has this week shared the results of an experiment, highlighting the benefits of its BG213 ethanol fuel system defender and BG281 fuel system drier.

A piece of steel wool was placed in two jars with fuel and water as a representation of the metals found in the fuel system.

Pictures show the results 18 months after the experiment started.

The jar on the left is the untreated fuel and water, which has completely destroyed the steel wool.

A spokesperson for BG Products said: “The results are clearly visible and show that by using BG213 you are protecting the vehicle’s fuel system from the effect of ethanol.

“BG ethanol system defender protects the fuel system from the harmful effects of ethanol, due to its water attracting properties.

“When blended with ethanol it can create many problems for the engine, ranging from an increased build-up of deposits in the engine to blocked combustion chambers and intake valves.

“BG213 is formulated to inhibit the free radical oxidation mechanism, which causes ethanol-containing fuel to degrade.

“By adding BG fuel system drier to the fuel tank after each oil change you will be ensuring that the vehicle’s fuel system is protected against the damaging effects of ethanol.”

In a separate experiment, blue dye added to two test tubes and attached itself to the water content found in the fuel.

The test tube treated with BG281 shows the water held in suspension, which would allow it to be burnt off and pass through the fuel system with no harm to combustion.

The untreated solution shows the water simply dropping out of the solution taking with it all of the deposits.

For further information about BG Products, select ‘more details’ below.