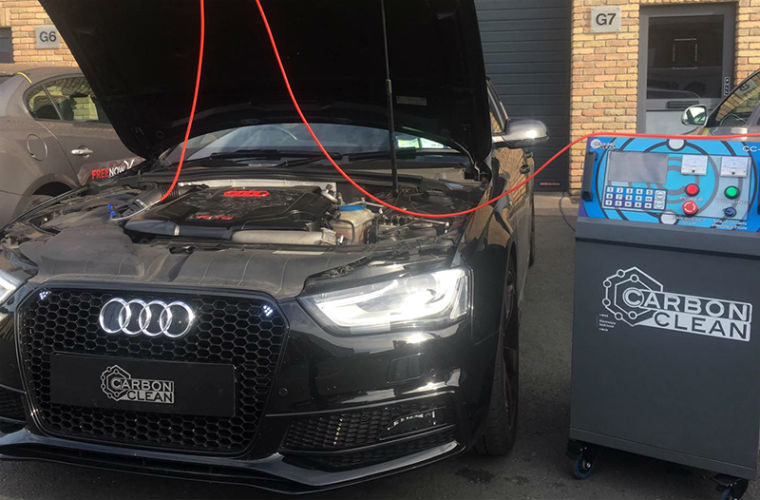 It’s widely known that carbon, produced as a result of incomplete combustion in the cylinders, can affect the smooth running of an engine.

The company says its engine cleaning machines efficiently and safely removes carbon from the both petrol and diesel engines, including the catalytic converter or DPF, resulting in improved vehicle performance, economy, and emissions.

A Carbon Clean spokesperson said: “Our specially designed machines are set according to the engine size.

“The HHO is fed into the engine through the vehicle’s air intake valve to mix with the air and fuel in the combustion chambers of the engine.

“Most of our machines can offer this service in a workshop or mobile location.”

Oxyhydrogen combusts at a much higher temperature than the fuel alone, atomizing carbon deposits as the engine idles over the period of 30-40 minutes.

The spokesperson added: “The final products of the reaction is hydrocarbon and carbon monoxide gas.

“This is safely expelled past the exhaust valve, through the DPF of diesel engines and out of the tailpipe.

“This revolutionary technology is more efficient, ecological and much kinder to the engine than the traditional chemical methods used.

“The process is also non-invasive: a technician can now clean an engine in a matter of minutes without first disassembling it.”

For further information about Carbon Clean, select ‘more details’ below.