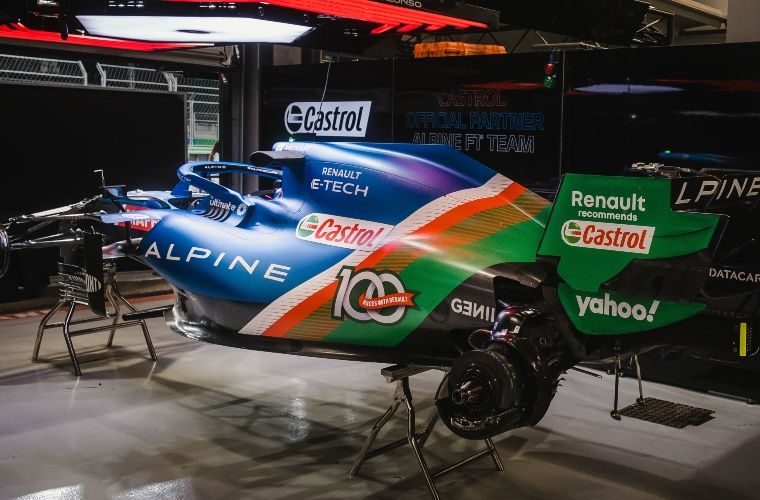 This weekend, Renault Group and Castrol will celebrate a milestone at the Saudi Arabian Grand Prix; 100 Formula 1 Grand Prix together.

Both Alpine F1 Team’s A521 cars will feature a specific “100 races” logo on the engine cover and a new “Renault recommends Castrol” logo on the rear wing, reinforcing the strength of the partnership between the brands.

Castrol has been the Team’s official lubricant supplier since 2017 following Renault Group’s return to Formula 1.

For almost five seasons, Castrol has supported Alpine F1 Team’s on-track activities by delivering advanced lubricants that help improve efficiency and performance today while developing lubricants for both race cars and road cars of the future.

BP and Castrol have provided advanced fuels and engine oils, gear and hydraulic oils, greases and brake fluid, as well as a range of high-performance industrial lubricants to the Team’s technical centres in Enstone and Viry-Châtillon since 2017.

The two companies are also working together to explore future opportunities to broaden their relationship in the rapidly evolving mobility market.

A.S. Ramchander, vice president, marketing at Castrol said: “As an official partner, we’re more than just a badge on the car.

“The Renault Group’s vision is for Alpine to be the best team in Formula 1, and it’s a vision we share at Castrol.

“We’re delighted to celebrate this milestone together with Renault Group and wish the team the best of luck in this weekend’s races.”