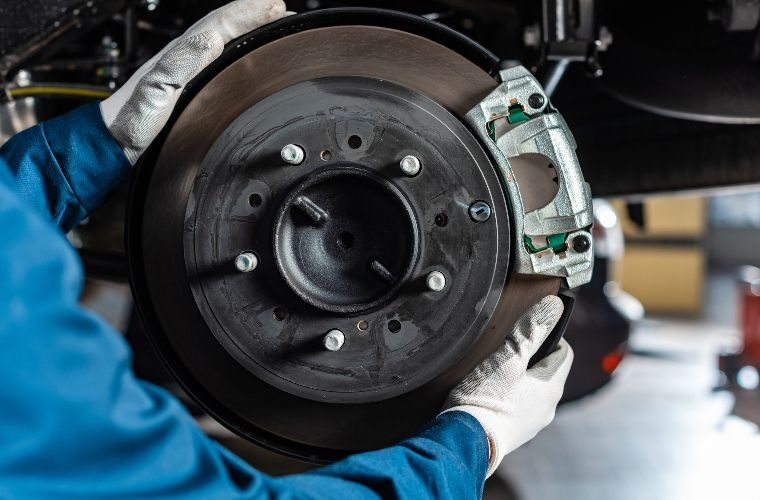 ‘Crazing”, sometimes known as ‘orange peeling’ or ‘crazy paving effect’ is when a cluster, or multiple clusters, of small, hairline cracks appear on the braking surface of the disc.

A Comline spokesperson said: “Clusters can vary in size and should be relatively easy to spot, particularly if the vehicle features an open-style alloy wheel.

“Such cracks are typically caused when the disc is exposed to high-temperatures and would potentially indicate that the motorist is working the brakes quite hard – quite literally driving their brakes “crazy”.”

Comline say crazing is not necessarily symptomatic of a quality problem with the chosen brand of disc.

It is something that all traditional cast metal brake discs are susceptible to under high temperatures.

It is also not a problem that should cause undue concern – such cracks are typically superficial and should not cause any issues beyond their unsightly appearance.

The spokesperson added: “Crazing can often present itself alongside the ‘blueing’ of the disc, whereby patches of the disc surface take on a blue tint – also a reaction to high braking temperatures.

“It is also possible to see disc blueing without crazing.”

The Comline brand has a well-established track record for supplying high-quality brake discs (rotors) for the European aftermarket.