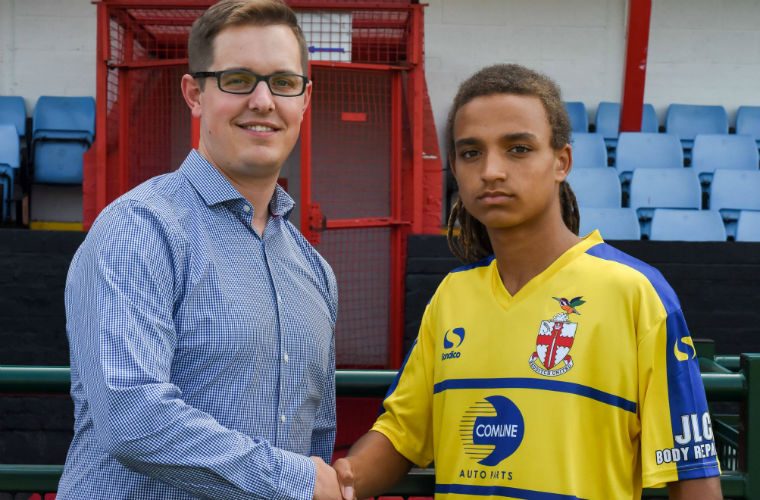 Comline Auto Parts (Comline) has announced a deal with Redditch United Football Club, strengthening the distributor’s commitment to the Evo-Stik League Southern side after becoming a major club partner last season and named sponsor of the main stand.

The vibrant yellow and blue colours of the away jersey, manufactured by Sondico, are synonymous with Comline, and the supplier of European, Japanese and Korean replacement parts is excited to see the kit being worn during all away matches this coming season.

Comline marketing and communications manager, Leigh Davies said: “This is our second season backing Redditch United Football Club, and we’ve been impressed with the club’s vision and efforts in engaging with the community and attempting to climb the football ladder.

“While we’re delighted to welcome the club’s passionate supporters to The Comline Stand, we also wanted to broaden our exposure across the south of the UK; sponsoring the away shirt is the perfect way to do so – especially as it’s finished in glorious, Brazil-esque, yellow and blue.

“Let’s hope the boys turn on the style and play like Brazil this coming season.”

For further information about Comline, follow the ‘more details’ link below.