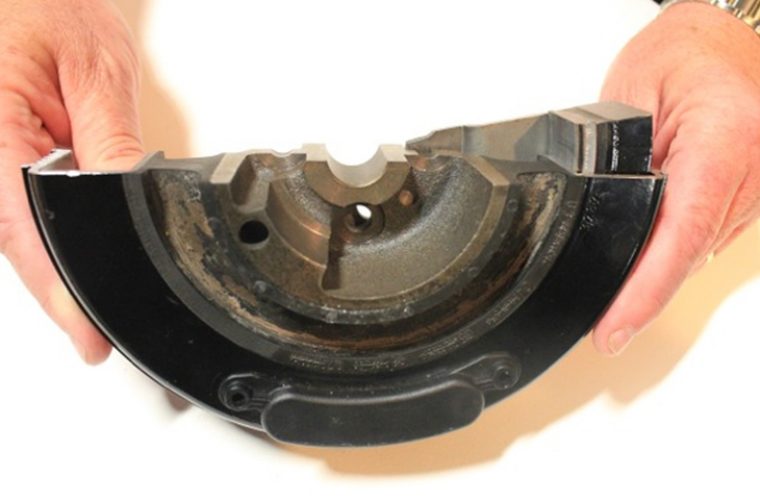 Component construction, degeneration in vehicle performance, the potential for consequential damage and implications for road safety are among the major issues being discussed by Corteco at MechanEx shows.

The cross-section of a decoupling Torsional Vibration Damper (TVD) shown here is typical of the Original Equipment design as supplied to the aftermarket by Corteco.

TVDs are increasingly installed on front-end auxiliary drives. Mounted on the crankshaft, they control vibration and noise, which is generated by several sources including the engine and other components within the drive system.

The Rubber Medium acts as a noise and vibration damper. Mechanics are told that by depressing the ‘decoupler’ on the left hand side, the level of the decoupler on the right hand side is raised. This is because the decoupler is designed to Move.

It needs to move because crankshaft vibrations are more pronounced at low engine speeds. The TVD decouples the belt drive from the crankshaft at the appropriate speed. This action significantly reduces component wear and allows the TVD to provide maximum damping performance.

The visitors were learning that if the price of the alternative TVD looks to good to be true it’s because they deliver quite different operational performances.

MechanEx visitors were shown an example of a ‘decoupler’ element that could not move. It did not provide any decoupling capabilities. Furthermore, no vibration damping takes place.

From the outside, the parts look similar and both parts fit. From the inside, the operational differences between the two exhibits were exposed. The alternative was both technically and physically incapable of doing the job it was supplied to do.

Just how many garages are unwittingly installing parts like this every week is unclear, but Corteco is advising installers to be aware that ineffective TVDs are bad news for both the garage and the customer. They exacerbate wear at the crankshaft. The consequential damage includes premature drive failure and leads to:

As with all components in the front-end auxiliary drive system, TVDs are subject to wear and they should be examined closely as part of a preventive maintenance schedule. They must be replaced with a component that is up to the job – along with allrecommended ancillary components, says Corteco.

The supplier points out that its OE pulleys are supplied complete with mounting instructions. Essential details such as tightening torques, tensioning screws and the use of special tools are also included.