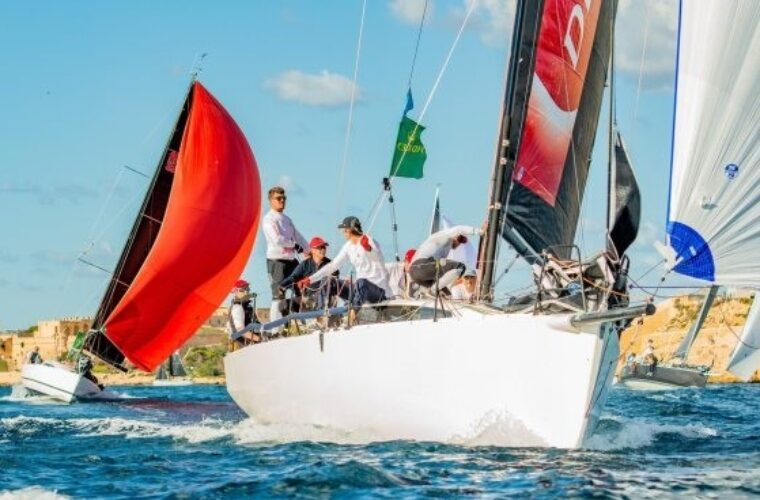 Rossko, a high-performance yacht sponsored by DENSO, has taken a class win in one of the most renowned and challenging boat races in the world.

The JPK 1080 yacht, skippered by Timofey Zhbankov, was victorious in the IRC 6 class at the Rolex Middle Sea Race, a 606-nautical-mile championship that plots a circular route around Sicily in the Mediterranean Sea.

It also finished fifth out of 50 boats in the overall standings.

Having set off on 17 October, Rossko arrived at the finish line in Malta after a total sailing time of five days, eleven hours and thirteen minutes – some two hours faster than the nearest competitor in the same class.

It marks the second consecutive class win for Timofey and his team, which DENSO has supported for many years alongside GROUPAUTO International, an ITG that DENSO works with closely.

Rossko took the lead in the water on the second day of the race, and never relinquished it, with excellent navigation and crew work ensuring it extended its advantage as the race wore on.

Timofey Zhbankov said: “This is the second time we have won our class, but we come back every year because we want to win overall! It is a hard race physically but, also, psychologically.

To keep concentration and also the right balance between rest and work is really hard. The Rolex Middle Sea Race is probably one of the hardest races in the world in that respect, so we are happy to have done so well.”

The Rolex Middle Sea Race was founded in 1968 to provide a challenging offshore race in Mediterranean waters.

Today the race is internationally renowned, and attracts attention and sponsorship from some of the world’s biggest premium brands.

Tagged: Boat denso too much money

0 0
Previous Article18-year-old attempts to carry on driving with front door lodged in roof after crashingNext ArticleOpinion: It’s not the end of the line for petrol and diesel