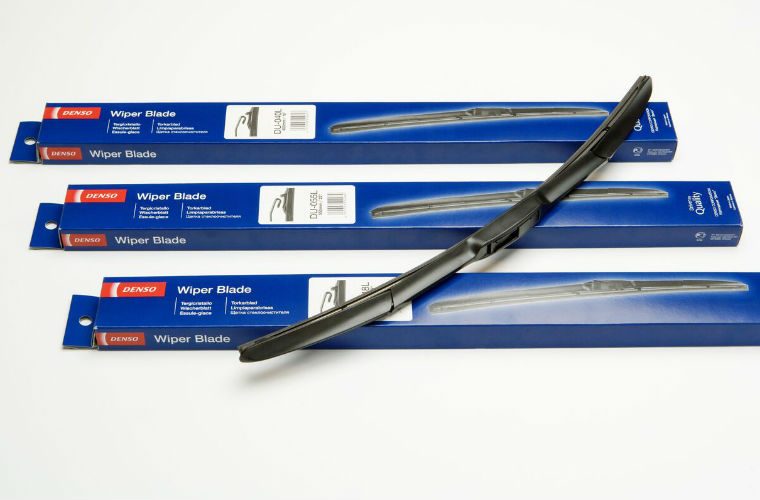 DENSO offers an expansive range covering of 98 per cent of the European car parc.

A spokesman for DENSO commented: “With lower temperatures set to continue over the next few months, workshops will find degraded, broken or cracked glow plugs a common sight in customer vehicles, with 80 per cent of glow plug replacements occurring between September and March.

“A damaged or broken glow plug could spell disaster for a driver, causing a misfiring engine or at worst, failure to start.

“In turn it is vital for workshops to be prepared to capitalise on replacement demands.”

To make life easier for workshops and to keep customers on the road, DENSO has produced a diagnostic guide to help spot and fix common glow plug faults.

This is most often caused by excessive voltage being delivered through the glow plug, such as putting a 12 V glow plug in a 24 voltage system.

It could also be a result of a failure of alternators and regulators; storing a glow plug in a damp environment can also lead to a probe tip becoming enlarged.

Ensure you check the glow plug voltage is correct and look over the charging system, then ensure the glow plug isn’t being stored in damp or wet conditions.

The causes of a broken probe tip may be similar to those of an enlarged tip, with excessive voltage being the most likely culprit.

So, check the contact on the glow plugs regulator and also check the on-board and glow plug voltage.

As with an enlarged tip, check the charging system voltage.

Most likely caused by oil present in the combustion chamber, which is likely to be the result of engine wear.

Make sure you check the piston clearance in engine cylinders and double-check the oil consumption levels.

There may be an issue with the turbocharger seals so ensure they are intact and look over the crankcase ventilation system.

There are a variety of factors which may lead damage to the body of the glow plug, including a failure of the ignition unit and the direction of the regularity of the fuel jet being incorrect.

It may also be the wrong spraying position caused by faulty sealing or there may be a functioning or timing fault in the injection unit.

There could also be thread damage to the opening of the cylinder head or it may also be insufficiently tightened which may cause the plug to sit incorrectly.

Make sure you are using the correct ignition unit for the vehicle model and that the ignition unit is properly installed and that you have checked the glow plug installation for thread damage and carbon fouling.

Check the opening of the cylinder head for thread damage or carbon residue and ensure you check the timing of the injection pump and timing gear.

Often due to the failure of an ignition unit, or a direction or regularity of a fuel jet being incorrect.

You may also have the wrong spraying position caused by faulty sealing or there may be an injection pump operation or timing failure.

Check the correct ignition unit for the vehicle model is being used, and ensure it is correctly installed; look out for carbon deposits on the glow plug installation point.

Inspect the opening of the cylinder head for thread damage/carbon fouling and measure the timing of the injection pump and ensure it’s correct.

The Ignition unit may have failed, or the glow plug may be insufficiently tightened, which can cause the plug to sit incorrectly.

Alternatively the direction of regularity of fuel jet may be incorrect or a wrong spraying position could also be caused by faulty sealing.

A missing probe may also be a sign that the injectors are damaged; check that there isn’t thread damage to the opening of the cylinder head.

Check you are using the correct ignition unit for the vehicle model, and ensure it is installed correctly and that there is no thread damage or carbon fouling to the glow plug installation point.

Check the timing of the injection pump and ensure the opening of the cylinder head for thread damage/carbon fouling.

These include excessive torque or the use of the wrong too, it may also be due to thread damage to the opening of the cylinder head.

Make sure to check the opening of the cylinder head for thread damage and carbon fouling then double check the glow plug torque is correct.

Workshops able to identify and fix a broken or faulty glow plug can keep motorists happy whilst tapping into the spike in demand which lasts until the end of March.

For further information about DENSO, click “more details” below.