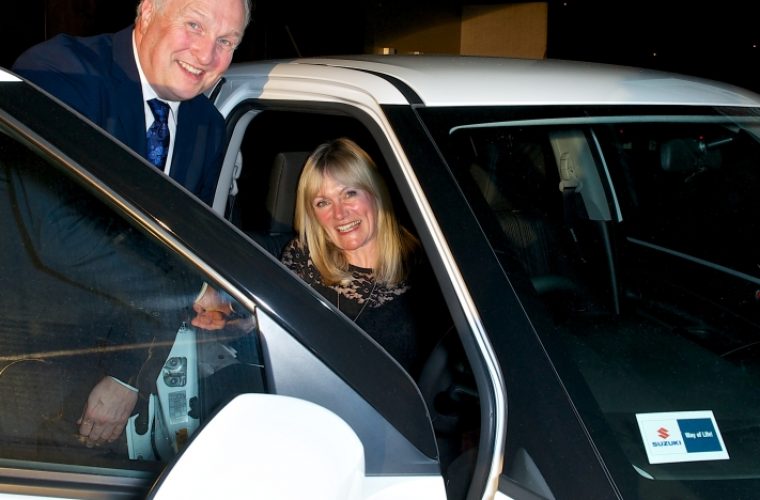 UK Worker of the Year is now in its fifth year – with women winning the race to find the UK’s hardest workers most often.

Dickies, the legendary workwear company, launched the competition in 2010 when John Stone won the first ever UK Worker of the Year competition. Since then, girl power has ruled with three women taking the crown after fire engineer John’s victory.

In 2011, charity worker Anna Simpson won the competition, before manufacturer and inventor Di Mayze won in 2012. Last year saw farmer Judi James see off all challengers to be crowned UK Worker of the Year 2013.

UK Worker of the Year for 2014 is sponsored by Dickies, in association with Suzuki. The winner this time round will have the choice to take home a Suzuki S-Cross car, a Suzuki V-Strom 1000 motorcycle or a Suzuki ATV Quad. However, in addition to these fabulous prizes, the lucky winner will also have the chance to win a cash prize of £100K this time round at the final round of the British Superbike meeting at Brands Hatch on October 18th by predicting the outcome of a race.

Judi James, 54, a farmer and mother from Littlebreddy in Dorchester and the latest woman to win the competition said: “I would urge anyone who hears about the competition to have a go at entering or to nominate someone as an entrant. It costs nothing except a few minutes of time and those few minutes could prove to be incredibly worthwhile.”

Judi set up her own RSPCA Freedom Foods veal production unit alongside carrying out her daily farming duties.

Di Mayze, 39, an inventor and mother from Nottingham stated: “Winning the competition has changed my life and I’m delighted to have been recognised for my work.”

Di’s company called Ippee Design Limited was lunched in January 2011, whilst Di was on maternity leave. Over three years on, the popular product BuggyTug is sold by some of the leading retailers in the country.

Anna Simpson, 33, the 2011 winner and Derbyshire charity support worker for the Amber Trust who provides practical help for adults suffering from mental ill health has also urged people to enter this year’s competition. She said: “It has been life-changing and it has helped to boost people doing the sort of work I do, who are often unsung heroes.”

“As things stand we have had three female winners and John Stone,” said Maurice Morton, sales & marketing director at Dickies. “Given the on-going uncertainty that the country faces economically, a feel-good initiative of this type is more important than ever to remind our nation’s work force that they have much to be proud of and look forward to.”