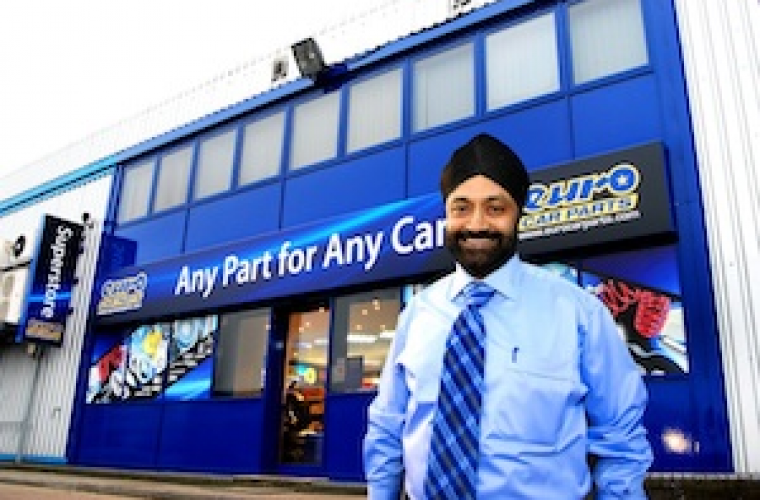 Euro Car Parts founder and managing director, Sukhpal Singh Ahluwalia, is to be appointed the new chairman of LKQ Europe with Martin Gray, who joined the company in 2008, promoted to be Chief Executive Officer of Euro Car Parts.

Since joining LKQ Corporation in October 2011, Euro Car Parts has accelerated its UK growth. From a single branch in 1978 Euro Car Parts now has 139 outlets nationwide.

Sukhpal Singh Ahluwalia commented: ‘My vision is to develop a group of European aftermarket companies exceeding $5bn in annualised revenue within five years. This multi-channel business will create around 4,000 new jobs, with huge opportunities for career progression.’

The stated aim for the UK is 200 branches within 3 years. In October four branches were added in Barnsley, Harrogate, Wakefield and Shrewsbury, employing 130 more people.

Martin Gray added: ‘I am excited and honoured to be appointed CEO. I look forward to overseeing the opening of many more Euro Car Parts branches, recruiting thousands more people with the Euro Car Parts DNA and achieving annual sales of £1bn.

‘As always, our overriding objective is to provide an exceptional service to our loyal trade customers, the many thousands of independent garages across the UK.’