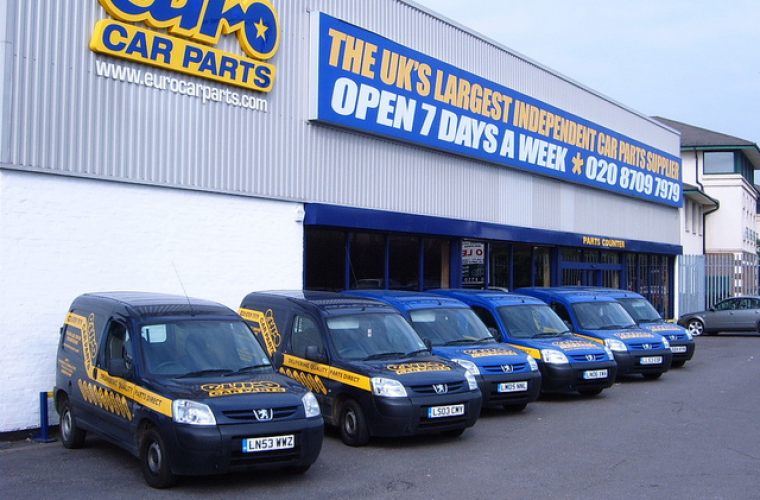 This takes LKQ to a European market turnover of over 820 million Euro and the move is expected to act as a foundation for further growth. Robert Wagman, CEO of LKQ has publicly stated aims to become the number one player in the European aftermarket.

The merger which is between Euro Car Parts and Sator Holdings is financed by LKQ Corporation – the leading supplier of collision replacement parts in the US and Canada. Subsidiary LKQ Europe has owned Euro Car Parts since October 2011 following a £225 million acquisition. Sator operates several part and tool distribution businesses in Europe.

Sukhpal Singh Ahluwalia, managing director of LKQ Europe and founder of Euro Car Parts commented: ‘This new group, with annualised sales of over €1 billion has such large purchasing power that it could supply a car part to each of England’s 56 million citizens, each year.

‘We intend to use this power and world-sourcing capability to drive down the cost of car parts, to the benefit of Europe’s hard-pressed motorists and fleet operators.’

Adriaan Roggeveen, general manager of Sator will continue until at least 2014 and joins the management team of LKQ Europe.

The British group Unipart in which H2 Equity also owns a majority share, falls outside the transaction.

Mr Singh hinted at more business to come, adding : “The acquisition underlines our plans to grow in Europe. We want to achieve this by tapping new markets, development of product lines and further acquisitions.”

LKQ Corporation have just reported record revenue for the first quarter of 2013 of $1.20 billion, an increase of 15.9% from the same period last year.