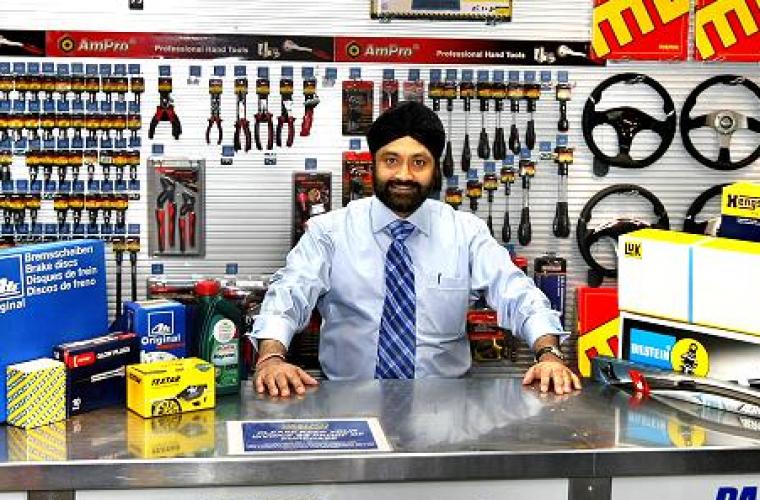 ECP founder Sukhpal Singh Ahluwalia has resigned from parent company LKQ and will leave at the end of June. Martin Gray remains CEO of ECP, a position he’s held since November 2013 when Singh was made Chairman of LKQ Europe.

In one of the ultimate ‘rags to riches’ stories, Mr Singh came to the UK at the age of 13 as a refugee from Idi Amin’s Uganda and went on to become one of Britain’s richest Asian entrepreneurs.

He founded Euro Car Parts in 1979 after borrowing £5,000 to buy a struggling car parts shop in Willesden called Highway Autos. ECP eventually became Britain’s biggest distributor of car and LCV parts before being sold for £225m to Chicago-based LKQ corporation in 2011.

Accounts for Euro Car Parts filed at Companies House for the year to end December 2012 showed a 32% rise in pre-tax profits to £41.4m with sales reaching £438m from £340m. It is understood Mr Singh has made a further £55m after achieving growth targets for 2012 and 2013 following expansion into Europe.

Other than confirming his resignation, Mr Singh has declined to comment. It is is believed he will now focus more time on the Dominvs property, hospitality and wealth management business that he formed in 2011.