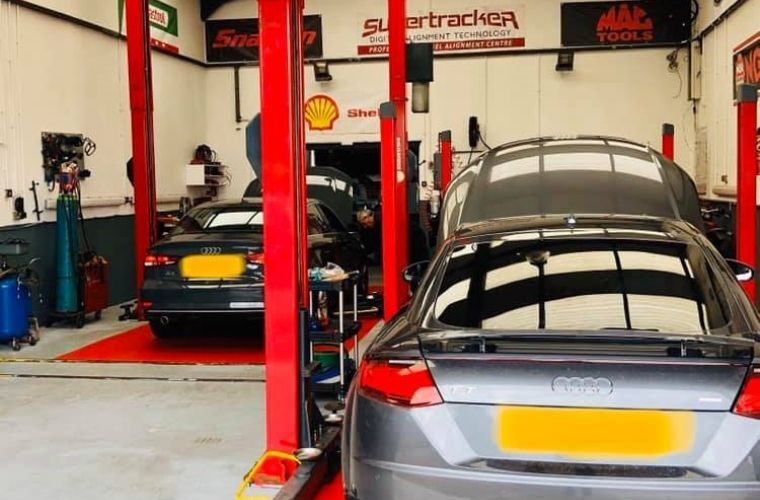 A long-established independent garage in Lisburn, Northern Ireland, is reaping the rewards after changing the way it attracts new customers.

Crossey’s Garage, run by the family’s fourth generation of mechanics, invested over £11k in new equipment last year and found itself third time lucky after two previous attempts to get the garage online fell short of expectations.

Garage owner Dessie Crossey and son Conor, knew they needed a proven way of targeting the type of work they were looking for.

The new kit wasn’t being fully utilised and the return on investment was slow.

They found what they were looking for after reading about Garage Services Online in the news.

Conor said: “Despite being a well-established busy garage, we’ve always been big believers in having an online presence that reflects the professionalism of the garage itself.

“And customers being able to find you online is now more important than ever.

“We were apprehensive going for what would be our third website but we absolutely knew it was the way forward. We were correct.

“With the previous Wix site, we got four to five calls a month and they weren’t even decent enquiries.

“Now, with the bespoke site from Garage Services Online, we can get nearly that many calls an hour.

The garage was previously happy being booked up a week ahead; now its ramps are booked at least three weeks in advance.

He added: “There’s just no panic in the business now.

“We’re cushioned and to a certain extent can choose which work we take on.

“We wanted to concentrate on the newer makes and models, chase the most profitable work and make the business work for us instead of the other way around.

“The other difference has been how far customers come from.

“The website shows them just how good we are so they’re prepared to travel over 30 miles to see us, all on the strength of what they’ve seen online.

“All garages are busy but we’re ahead of the game.

“Customers come to us first; we’re not the fourth or fifth on the list to call.”

Jim Lang of Garage Services Online said: “Crossey’s Garage is a great example of why it’s so important for independent garages to get their websites right.

“Not only does a good site generate enough work to cover its own cost, it can change the very direction of the business and just get rid of that element of stress.

“And who doesn’t want to make more money and have less stress?”