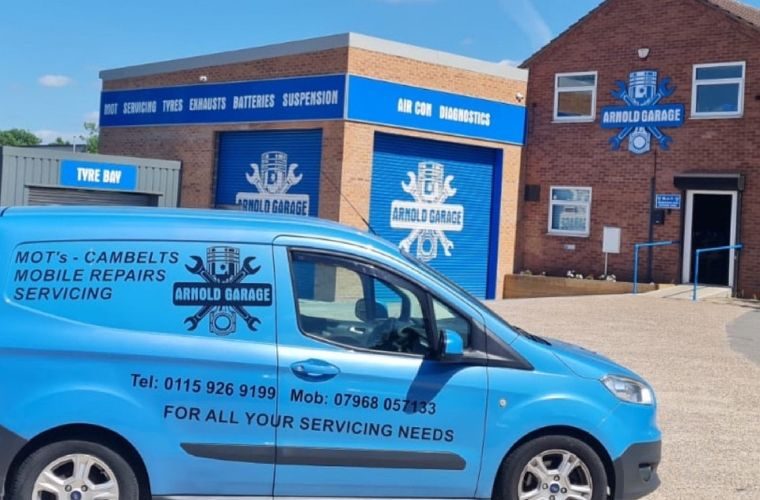 A Nottingham-based independent garage is poised for further growth after a £250k investment reaped a full and early return on investment.

Carl Regan, owner of Arnold Garage, took a leap of faith and continued with a move to new purpose-built premises a year ago, after the investment was put on hold in March 2020 when the country went into lockdown.

The decision proved to be the right one and the return in investment has taken less than 12 months.

The garage is currently operating at four times its original work capacity and shows no signs of slowing down.

With bookings secured into the spring, Carl is now expanding its MOT offering having recently been approved for Class 7 testing.

The investment in the vehicle repair and services business included more than the new build alone.

As well as workshop equipment and a new management system, Carl appointed an independent website specialist and says the decision has been one of the key factors in the garage’s success.

Related: What does your website say about your garage?

He said: “Like most garages, we’re always busy so I never really saw the point investing in a proper website before. It wasn’t like we were desperate for the work.

“But with the new premises nearing completion, it was clear we needed an online presence that reflected our professionalism and capabilities.

“I also knew without one, we’d be limiting the amount of new customers we could attract as well as making it harder for existing customers to interact with us.”

Arnold Garage has seen a huge further upturn in business.

Following the launch of the bespoke website in July, customers using the garage for the first time increased by over 20 per cent.

“Carl says he also now gets an average of four to five website generated enquiries every day, directly to his phone.

“I get a lot over the weekend when we’re closed and many of them are people who’ve left things until the last minute. Customers expect to be able to go on their phones these days and just order or book something at will; and their MOT or car service is no exception.

“Without doubt, I would not be without our website now.

“It only has to generate one single job a month to pay for itself and ours does that ten times over every month.

“For something that took me less than half an hour to organise, I can’t believe I didn’t do it sooner.”

Jim Lang from Garage Services Online, the company behind Arnold Garage’s website, said: “The beauty of a bespoke site is not just how easily it’s found by a Google search, but that it’s being clicked on by potential customers who’ve already self-qualified their interest in the exact services and repairs the garage wants to be contacted about.

“In Carl’s case, we’ll now steer his web enquiries towards Class 7 MOTs so he’s maximising business in that new area. It’s this versatility that shows just how a website can work in alignment with so many aspects of a garage’s business.”