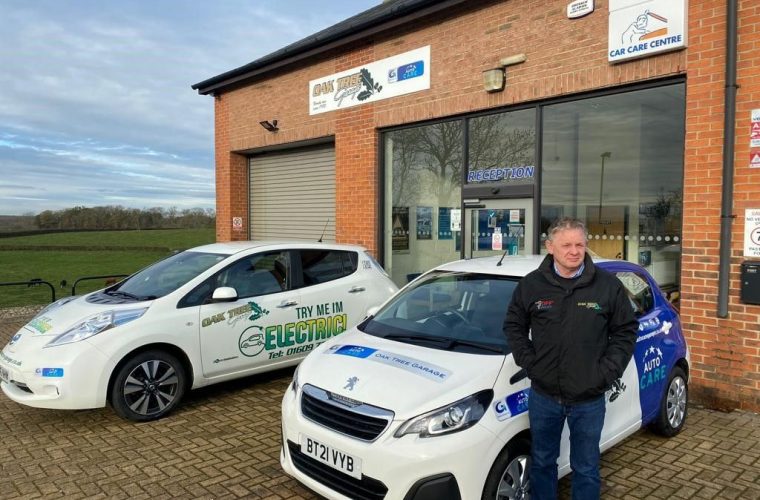 An independent garage in North Yorkshire is reaping the rewards of its bold investment philosophy as it emerges from the unprecedented challenges of the last two years.

Oak Tree Garage, a family-run business based in Northallerton, has invested more than £45k over the last 24 months on specialist equipment and tools, training and IT including a new bespoke website.

It’s forecasting another record year of solid growth to 31 December which will supersede the previous five years, where turnover grew by 15 per cent year on year.

Owner, John Thompson, says its success has been down to his belief in reinvestment and the foresight of planning ahead, even during the busiest periods.

It’s a philosophy that the garage adopted a long time ago.

Oak Tree Garage was one of the first independent garages to launch a professionally built website, and quickly saw the potential in reaching its customers in way that traditional local advertising couldn’t.

Related: Cost-free website for three months with ‘try before you buy’ deal

He said: “Even all those years ago, I could see where technology was going. Not just in the equipment we were using in the workshop, but in how we interact with customers.

“Ours generates 50 percent of all new business and, as well as all the calls that come in, we get at least one online enquiry every day. It’s working 24/7 and brings together all the other channels customers are using too such as Facebook.

“Without the work it generates, we wouldn’t be able to invest in the way we do. To say it pays for itself is an understatement.”

Jim Lang, managing director at Garage Services Online which created Oak Tree Garage’s website, said: “Seeing how John capitalises on his philosophy of investment is food for thought for all independent garages.

“It requires a certain amount of conviction to action what you want to achieve long term and I take my hat off to him for having that vision and creating a solid family business for the next generation.

“I’m thrilled that his website is a key source for that investment strategy; a savvy investment in itself.”