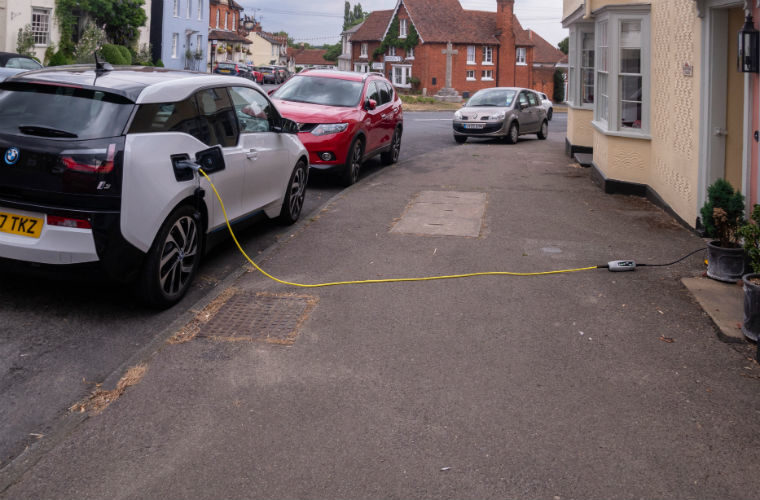 Could this be the future?

Klarius has this week slammed the government’s announcement to bring forward its ban on sales of new petrol and diesel cars from 2040 to 2035.

In a statement, Klarius said: “Using government policy to improve safety and push society toward a more sustainable future with a lower environmental impact are highly commendable.

“However, policy has to be rooted in the possible, there is no point creating a fantasy policy to grab headlines and make short term political gains – when it’s just not practical.”

The government’s announcment came ahead of the 2020 United Nations Climate Change Conference, which is to be held in Glasgow in November this year while the presidency is held by the UK government.

Klarius outlined a number of key problems with the government’s proposals.

“So, there’s 34 per cent of the population who will need to charge their cars at work or sit around at charging stations during a commute.

“This includes 73 per cent of local authority dwellings that relied on street parking compared with 20 per cent of owner-occupied homes.”

It said: “Even if everyone could charge their vehicle at home, which is clearly a fantasy, the National Grid’s own predictions for power requirements, versus the UK’s policy and plans for building new power stations mean the country would become increasingly reliant on imported electricity.

“This would rise from ~10 per cent of total electricity usage to over 30 per cent which raises serious energy security concerns.

“Then we would need the physical infrastructure upgrades to handle the additional load on the national grid.”

Continuing its statement, Klarius said: “To move the majority of journeys from private transport to shared, public or communal transport in that time frame would also require a shift in cultural norms so huge, you would need a commitment by successive governments and overwhelming public support, which is absolutely not going to happen.”

Other sources of pollution

“On the subject of other vehicles, there is already a major issue with pollution from busses, trains, off highway equipment, emergency power and marine engines.

“Has anyone checked the price and availability of the rare earth metals used to create the motors and batteries used in EVs, no surprise, they are rising.

“So, your average EV city car purchase is still going to be two or three times more expensive than a liquid fuelled car, which just isn’t practical unless the government has a plan for doubling everyone’s salary at the same time.”

Klarius is calling on the government to consult with the automotive industry and general public before any further action is taken.

Concluding, the company said: “There needs to be a sensible transition plan that protects jobs and people’s freedom of choice as well as improving sustainability and lowering pollution.”

For further information about Klarius, select ‘more details’ below.