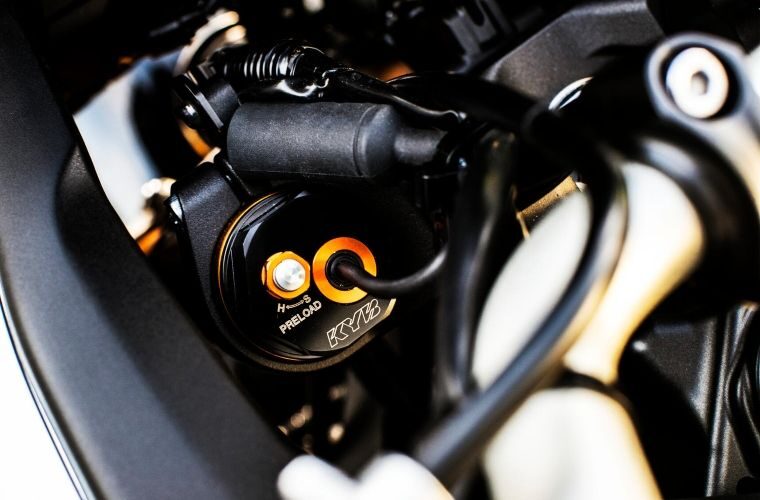 KYB Corporation has announced the launch of mass production of the KYB actimatic damper system (KADS).

It introduces an original concept by KYB of the ‘Ground-Hook’ which provides the rider with the sensation of being grounded to the road – a feeling of security, just like a tyre.

This assists the driver’s skill and contributes to ultimate stability and control.

KADS will be installed on the Yamaha Tracer 9 GT motorcycle, which will deliver both a sporty performance and a comfortable ride.

Damping settings are instantaneously adjusted via a solenoid to achieve a smooth and secure ride, regardless of load or riding conditions.

The mode is set via the TFT interface.

This highly advanced suspension generates a much wider range of damping force than conventional suspension and is able to respond instantly to varying riding conditions in order to achieve optimum handling performance.