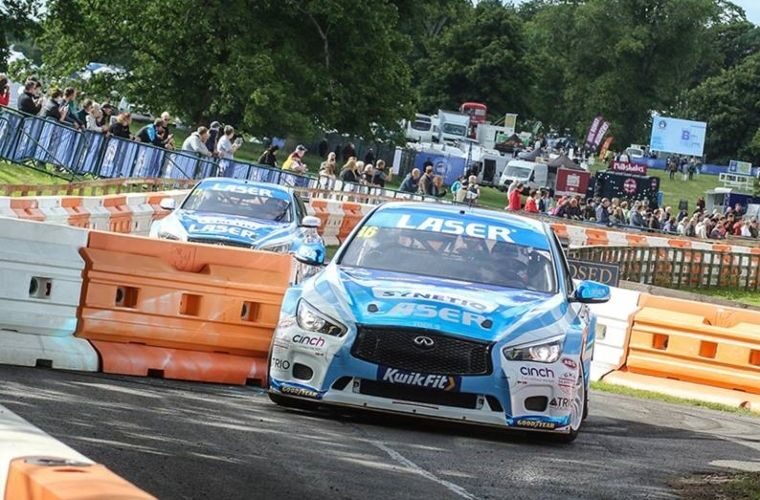 The Sir Jackie Stewart Classic Presented by Rolex was held over the weekend of June 18-19 at the evocative location of Thirlestane Castle near Lauder in the Borders of Scotland.

The Laser Tools Racing team members including Aiden Moffat and Dexter Patterson (British Touring Car Championship) and Logan Hannah and Chloe Grant (GB4 Championship) were there with their cars and joined Sir Jackie Stewart and other high-profile guests at one of Scotland’s finest stately homes.

The event showcased the career and achievements of three-time FIA Formula 1 Drivers’ World Champion, Sir Jackie Stewart OBE, and gave visitors the chance to explore his remarkable career with plentiful displays of his cars – including his championship winning F1 cars – and memorabilia.

Aiden Moffat said: “I was only here for the smoke and noise! Ha ha! It really was a fun weekend at the Sir Jackie Stewart Classic event, with even Sir Jackie himself taking his old F1 car up the hill, and the noise of the Redbull F1 car, oh my god.

“A truly incredible event for Scottish motorsport fans, and all for a very worthy cause: the Race Against Dementia, the charity founded by Sir Jackie Stewart.”

Dexter Patterson said: “I felt very privileged to be involved.

“Already looking forward to next year.”