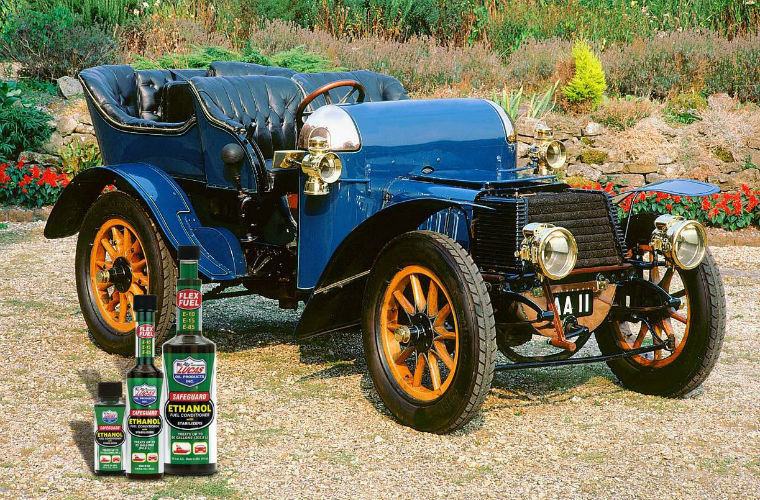 Continued exposure to ethanol that’s routinely added to petrol can destroy engine components such as seals and original rubber hoses in the fuel systems of older vehicles.

Whenever cars from the National Motor Museum, Beaulieu, are out on the road, they always run with Lucas Oil Safeguard Ethanol Fuel Conditioner added to the fuel because it protects them against the negative effects of ethanol.

A 1904 De Dietrich, a 1904 De Dion Bouton, a 1903 Daimler, plus an 1899 Fiat – one of the oldest Fiats in the world – all completed the race safely with the help of Lucas Oil Safeguard Ethanol Fuel Conditioner.

“Lucas Oil Safeguard Ethanol Fuel Conditioner is just one of the problem-solving additives you can expect to find in extensive use by people who cherish their older cars,” says Dan Morgan, director of sales and operations at Lucas Oil.

“Fuel octane levels decline quite quickly, so if it’s a modern soft-top being garage for the winter, preserve the integrity of any fuel that’s left in the tank.

“An additive such as Lucas Oil Fuel Stabilizer will preserve the octane level and ensure the fuel remains usable. It also means there’s no longer any need to empty the tank before the lay-up,” he adds.

For further information about Lucas Oil, select ‘more details’ below.