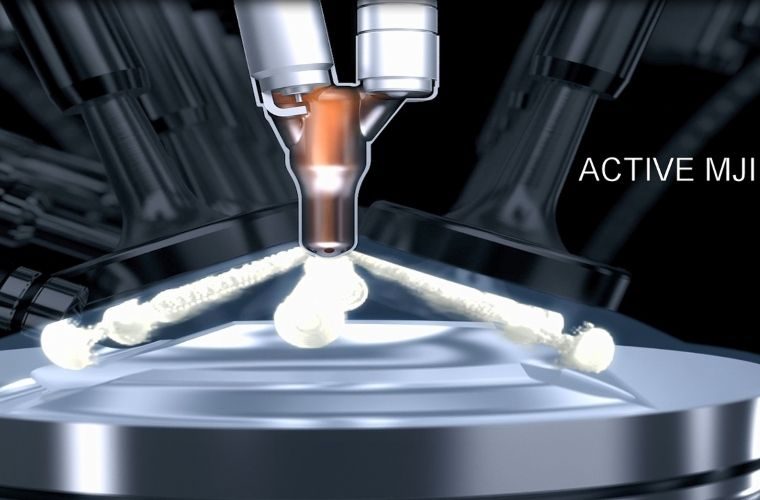 An author partnership from MAHLE Powertrain in the US has been recognised for its work on pre-chamber ignition, presented at the Institute of Mechanical Engineers’ Internal Combustion Engines and Powertrain Systems conference in December 2019.

Pre-chamber ignition has been investigated since the early 1900s as a technology which promotes rapid ignition of lean fuel mixtures.

MAHLE has developed two version of its jet ignition.

An active system uses a small fuel injector in the pre-chamber as well as a spark plug, whereas passive version draws its charge from the main chamber during the compression stroke.

Four members of MAHLE Powertrain LLC’s research team co-authored the paper on the results of a study into progress in developing MAHLE jet ignition technology.

“We are grateful to have our work on pre-chamber ignition recognised in this way” says one of the authors, Mike Bunce, the company’s head of research. “It’s been a boost for the whole research team.”

However, pre-chamber ignition has historically had challenges at low loads, especially at idle and catalyst heating conditions, including poor combustion stability and severely limited ability to retard spark timing.

“Our study found that this is due to an arresting of the gas exchange process between the pre-chamber and the cylinder during the intake stroke induced by heavy throttling, meaning poor purging of residual gases from the pre-chamber,” says Bunce.

“This in turn leads to unstable pre-chamber combustion which then propagates throughout the burning process in the cylinder.”

“These steps, in conjunction with other optimization activities, have resulted in our MAHLE jet ignition multi-cylinder test engine achieving idle and catalyst heating performance comparable to those of modern SI engines without the need for a secondary igniter, and the study results represent real progress in ensuring jet ignition technology such as MJI can function successfully over the full range of operation required of modern engines.”

Active MAHLE jet ignition is reported to go beyond Lambda 1.5, where NOx creation tails off due to lower temperatures, reducing the need for aftertreatment.

Steve Sapsford, chair of the powertrain systems and fuels group at the IMechE and a member of the award’s technical panel, said: “We were impressed by the MAHLE jet ignition technology and the potential the active system shows for emissions reduction and fuel economy benefits.

The Dugald Clerk prize is awarded annually by the IMechE to the authors of an original paper dealing with a subject with which he was associated.

Sir Dugald Clerk designed the world’s first successful two-stroke engine in 1878 and patented it in England in 1881.

For further information about MAHLE Aftermarket, select ‘more details’ below.