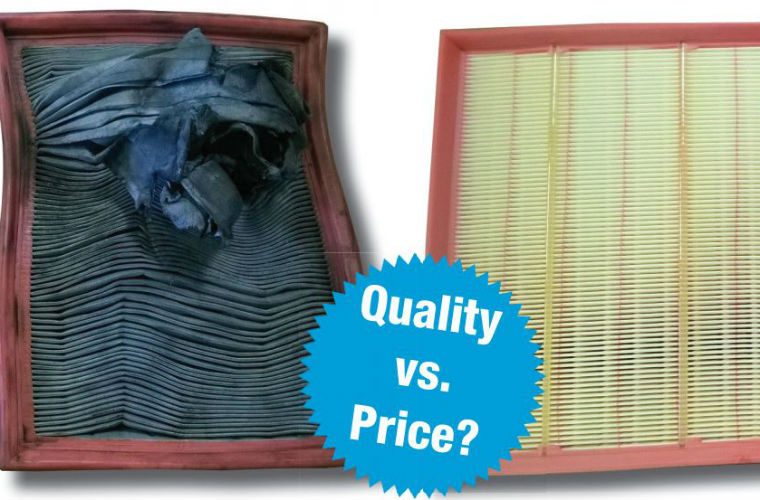 A recent statement from MANN-Filter condemned the price versus quality battle.

In a recent statement, MANN-FILTER has blasted the use of cheaper parts which, they say, are often of lower quality.

“An air filter recently removed from a 2008 Land Rover Defender 110 by one garage showed how the natural suction and air pulsation effect of engine ‘breathing’ can completely deform the filter media, which was saturated by moderate water ingress into the air cleaner housing,” said a spokesperson for MANN-FILTER.

The requirement for OE air filter elements dictate that air filter media must meet a minimum level of water retardancy, particularly in Land Rover applications, and MANN-FILTER says its products achieve this level of protection using filter media that is impregnated with specially formulated hydrophobic resins, which repel water.

“The failed air filter is offered in the UK aftermarket at a lower price compared to the genuine OE MANN-FILTER C 25 122 recommended for this application.

“The obvious lack of media resin impregnation, and absence of stabilist ‘glue lines’ of the cheaper product, clearly illustrates how its manufacturer is able to realise the lower price.

“It’s another example of filter quality versus the price and a vivid example of choosing the latter,” the spokesperson continued.

For further information about MANN-FILTER, click ‘more details’ below.

1 0
Previous ArticleFind out how this Billingham garage is beating Brexit back-lashNext ArticleMechanic’s family launch appeal to replace stolen equipment worth £10,000