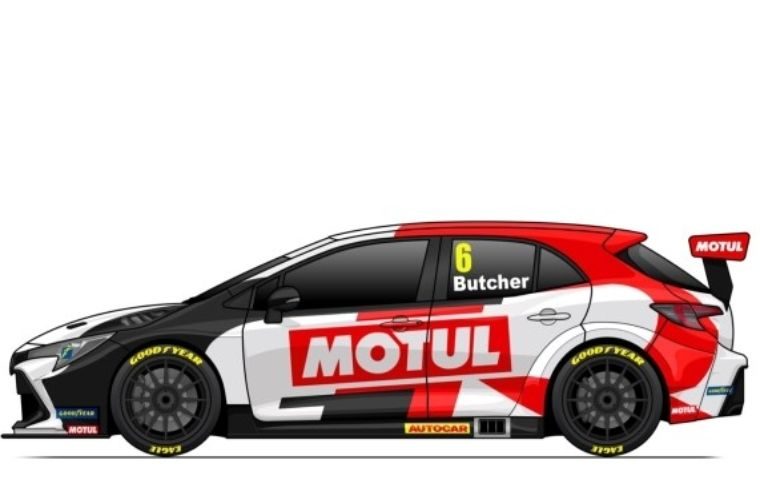 As the long awaited BTCC package returns to our TV screens this weekend, Motul’s involvement will be at a higher level than ever before, with both its partnerships with Speedworks and Toyota Gazoo Racing UK and with Formula 4 its new status as mandated lubricant selection for the series.

Run by the title-winning Speedworks Motorsport, the team’s pair of Toyota Corollas – featuring a striking new colour scheme in Motul’s branding for the season ahead – head south to the 3.1-mile circuit – ‘the fastest in the UK’ – for the start of another nail-biting campaign.

Rory Butcher joins the team off the back of a successful 2020 season, with the Scot taking three victories and a further five podium finishes en route to fifth overall in the standings.

For the first time in Speedworks’ history, the team will field a two-car line-up as GT racer Sam Smelt makes a welcome return to the BTCC grid for 2021.

The 24-year-old endured a character-building debut season back in 2018, before switching to GT racing, which eventually resulted in his linking up with Speedworks’ British GT programme last season.

His return to ‘tin-tops’ will be a boost to the team, which heads into the new season ready to fight on all fronts for a quartet of championship titles on offer.

As competitive as ever, this season the UK’s premier motorsport category returns to a full 10-event, 30-race schedule, and with 26 of the nation’s best drivers ready to battle it out for the ultimate prize.

Although the restrictions still prevent spectator attendance, fans can settle back and watch all the action from Thruxton live on ITV4 on Sunday (9 May).