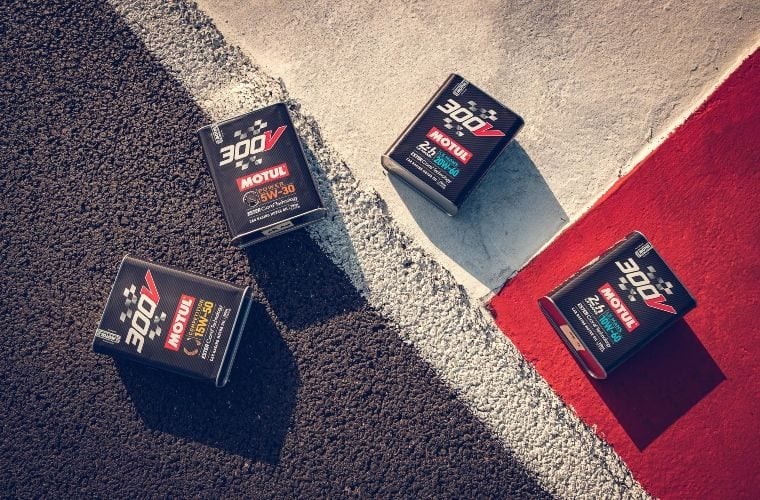 From racing, to high-performance cars, one name has been synonymous with success for the last 50 years – Motul 300V.

This product was born out of Motul’s never-ending pursuit of perpetual movement. Now, Motul launches a new and improved version of its flagship product, with a new formulation pushing again the boundaries of performance.

Motul’s new 300V was revealed for the 24h of Le Mans, the most iconic racing event in the world ahead of its roll out into the UK & Ireland in the 4th quarter of this year.

Launched in 1971, Motul 300V was the world’s first fully synthetic oil for the automotive market, developed to help racing teams accomplish maximum performance and reliability out of their engines, the holy grail of motorsport.

Its name is a tribute to the 300 racing victories achieved by the time of its launch – but Motul 300V has gone on to help countless more motorsport legends to victory.

Over the following decades, Motul has continuously perfected its flagship product and today, Motul 300V continues to propel the world’s top teams to podium glory.

From Le Mans to high-performance cars, Drift Masters to Dakar rally, it has proved itself to be a game changing lubricant in the paddocks of top racing.

Fifty years after its first launch, Motul has unveiled the latest evolution of its benchmark lubricant: the new Motul 300V range.

The Power series features the lightest viscosity grades, available from 0W-8 to 5W-30, brings the maximum power and can cope with engines subject to low oil fuel dilution.

The Competition series features mid viscosity grades, available from 0W-40 to 15W-50, brings the best compromise between power and reliability, and can cope with engines subject to mid oil fuel dilution.

The new generation of 300V Le Mans series offers the maximum engine reliability possible and is now available in 10W-60 and 20W-60 viscosities.

It is perfect for extreme motorsport applications such as endurance racing and drifting.

Adding to the uniqueness of these products is the fact that they are the only engine oils worldwide bearing the prestigious 24 hours of Le Mans name.

The brand new Motul 300V was launched during the 24h of Le Mans, the most grueling endurance race of the year and probably the most iconic of all.

New Motul 300V will appear in the UK and Irish market in Q4 this year.