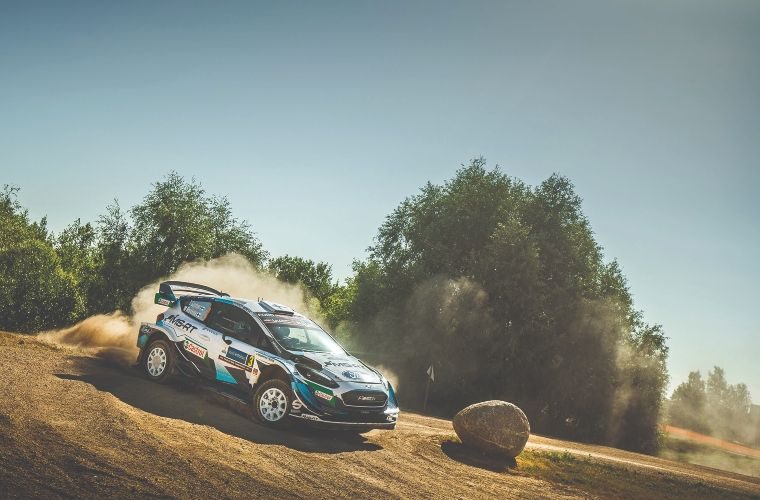 The M-Sport Ford World Rally Team scored its fourth top-six finish in the 2021 FIA World Rally Championship as Teemu Suninen claimed his best result of the season with sixth place on Rally Estonia in his NGK-equipped Ford Fiesta WRC.

He achieved his objective of building his limited experience at World Rally Car level by reaching the finish following his retirement on leg one.

Adrien Fourmaux fought hard for the final WRC2 podium spot but settled for fourth, one place ahead of team-mate and 2020 Junior WRC champion Tom Kristensson in an identical EcoBoost-powered Ford Fiesta Rally2.

Teemu Suninen said: “The first stage this morning was quite tricky with the grip level changing a lot.

“Sometimes it felt like you were on Tarmac because the grip was so high, but sometimes it was super-slippery so I was glad to finish.

“I had a moment on SS22 when the car just jumped from the ruts to the inside but nothing serious happened.

“Then on the last stage, I was struggling on the ruts and somehow I got to the inside of the ruts on a right-hand corner and had to go back.

“But we were able to finish after a difficult weekend.”

M-Sport Team Principal Richard Millener said: “It’s fair to say this wasn’t the result or performance we were hoping for after Safari Rally Kenya, but we leave Estonia with a top-six finish, while our four drivers all gained important experience and showed their obvious potential.”