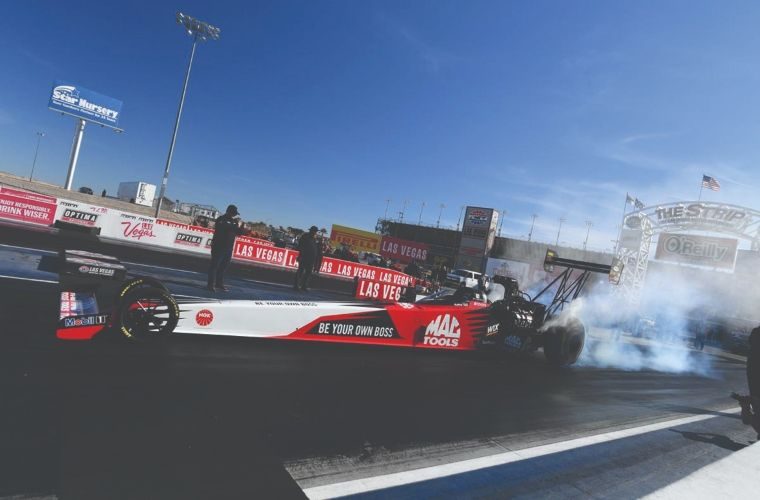 NGK has been renowned for its support of motorsport over many decades and is now in the news through its involvement with drag racing.

The company was highlighted in an article in Race Engine Technology magazine during an interview with Rob Flynn, Co-Crew Chief for Kalitta Motorsports in the USA, which competes in the Top Fuel series.

He said: “Our spark plug partner NGK is new to Top Fuel this year.

“We did an R&D programme with them last year during testing and we worked for months developing these spark plugs.

“This relationship has been great and we have successfully run their plugs all season.

“They are the exclusive supplier to Kalitta Motorsports this year and will be available to other competitors beginning next season.”

Chad Head, Kalitta Motorsports general manager, said: “We can’t thank all our sponsors enough for working with us throughout last season.

“We all had to be creative and flexible. We have the best sponsors in motorsports.

“Every week we tried to connect with our partners and it paid off with amazing sponsor retention heading in to the 2021 season.”

In the UK NGK has had a long-standing relationship with seven-time British drag racing champion Andy Robinson who built the MO70 Dragmower which became the fastest lawnmower over 1/4 mile when it completed the distance in just 9.49 seconds with a top speed of 115.53mph and became the fastest accelerating lawnmower by reaching 102.64mph in 5.44 seconds.

MO70’s performance topped such iconic high-performance cars as the Dodge Challenger SRT Demon 2018, which took 9.65 seconds over the distance when it reached 140mph, the Bugatti Veyron Super Sport 2011, which took 9.7 seconds to achieve 145mph, and the McLaren P1 2014, taking 9.8 seconds to reach 148.9mph.

The original ride-on mower, on which MO70 was based, was transformed by Andy Robinson and was piloted by NGK’s Scottish Sales Representative John Catterson at Santa Pod Raceway in Northamptonshire, England on October 4, 2019.

Mark Hallam, Marketing Manager, NGK Spark Plugs (UK) Ltd, said: “NGK has been synonymous with motorsport for many years both in the UK and overseas and the article demonstrates how we work in close collaboration with our partners in many sports including drag racing.”