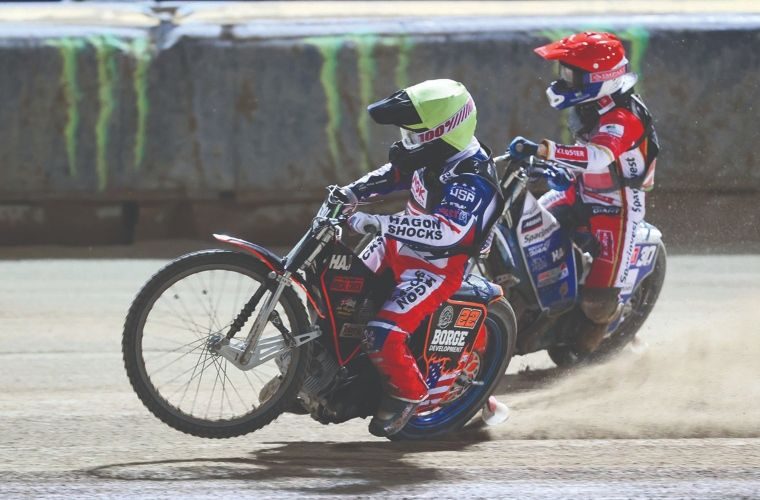 NGK-sponsored stars have been battling it out for their countries in the Monster Energy FIM Speedway of Nations competition which this year has been sponsored by the company for the first-time.

The ignition and sensor specialist has been a key sponsor of the semi-finals of the 2021 competition and will also sponsor next month’s final in England which will see Sweden’s Freddie Lindgren represent his homeland after scoring 23 of his team’s 34 points in the first of the semi-finals held in Latvia.

NGK-sponsored American rider Luke Becker scored 21 of his country’s 28 points during the same meeting, but his USA team narrowly missed out on a place in the final at Belle Vue, Manchester.

Lindgren was delighted to lead his side through as he dropped just one point over six heats at the Lokomotiv Stadium in Daugavpils.

He is no stranger to the UK, having raced 14 seasons with SGB Premiership club Wolverhampton, also sponsored by NGK Spark Plugs (UK) Ltd, in two separate spells.

The Swedish skipper said: “We are really pleased to go straight through to the final with a top-two position.

“We worked really hard for it. The track was very demanding, so I am very happy we made it happen.

“Now we will really look forward to Manchester.”

John Money, who handles Speedway sponsorship on behalf of NGK Spark Plugs (UK) Ltd, said: “NGK is proud as a company to be a key sponsor of both the semi-finals and final of the 2021 Speedway of Nations.

“All the riders featured the NGK logo on their race jackets during the semi-finals and all the finalists will also do so in Manchester. The semis saw some exciting races and great performances by Freddie and Luke.

“I’m sure that British Speedway fans cannot wait to see the teams in action in the final at Belle Vue.”